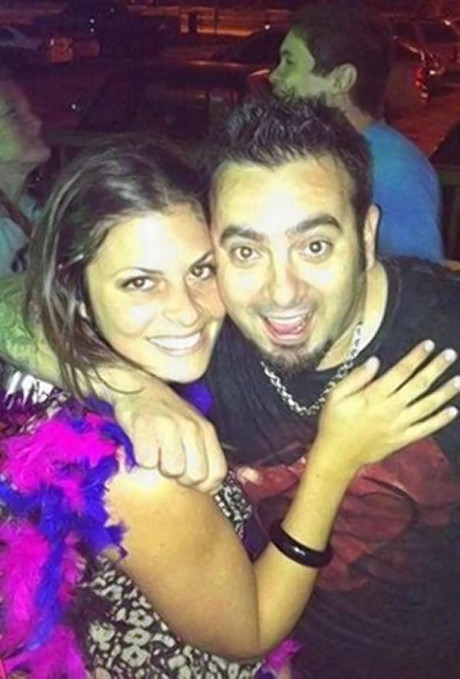 Justin Timberlake, once again, sucked it up to mingle with the peasants… I mean the other memebers of ‘N Sync. Just Kidding! But seriously, there was another ‘N Sync reunion this weekend in Orlando, FL. Band member Chris Kirkpatrick married long-time girlfriend, Karly Skladany, and all of ‘N Sync was in attendance. Lance Bass, JC Chasez, Joey Fatone, and Justin Timberlake all served as groomsmen and ushers.

The wedding was a simple ceremony at Loews Hotel. The couple tied the knot in the Citrus Garden underneath a gazebo in front of few hundred friends and family. Chris didn’t want a lavish wedding like Justin and Jessica Biel’s Italian wedding (which ‘N Sync members were not invited to). All the groomsmen wore tuxes from Men’s Wearhouse.

On his SirusXM radio show last week, Lance Bass said, “[He] got us the cheapest tuxes there he could possibly get, which I think is so Chris and very lovely. I mean, that’s just who he is. I think it’s hilarious to know that Justin Timberlake is going to be in a Men’s Wearhouse tux, ushering the wedding.”

This is the second reunion for the boy band this year. They previously reunited for this year’s VMAs when Justin received the Michael Jackson Vanguard Award. However, if you blinked, you missed it. They only performed about 90 seconds out of Justin’s 15-minute concert. He literally sang every song he ever released.

Justin is currently having one of the best years of his entire career. His albums 20/20 Experience and 20/20 Experience – 2 of 2 marked his return to music, after having taken a leave of absence from the industry. The albums are two of the biggest selling albums this year worldwide.

With all of this success and renewed interest in ‘N Sync, I think the boy band should record a few new songs and release a greatest hits album. We’ve seen a lot of groups reunite over the past few years. New Kids On The Block, 98 Degress, Boyz II Men, and the Backstreet Boys have all been recording new albums and touring. Even Beyonce found her two former background singers to record a new song and perform during this year’s Super Bowl Half-time show.

One or two new songs from ‘N Sync is not asking for much. Old fans and new Justin fans would probably appreciate it and Lance, Chris, Joey, and J.C. would most certainly jump at the chance.They don’t anything else to do. What do you think of an ‘N Sync greatest hits album with new songs? Join the discussion and leave a comment.