Kate Middleton Goes On A Maternity Shopping Spree at Seraphine 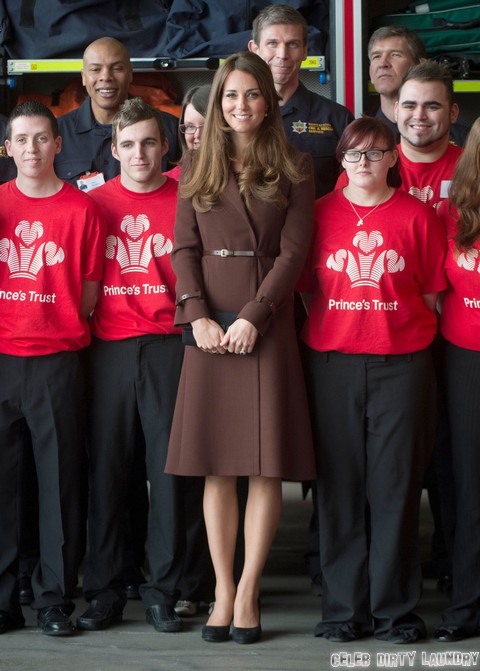 Well, it looks like we now know why Kate Middleton had to take a helicopter to her one day of work on Tuesday when she visited the poor fishing town of Grimsby to smile down on them as she flicked back her hair and flashed her ring and maniacal grin.

She had to get back to Kensington Palace to rest up for… wait for it… ANOTHER day of shopping. Yep, you read that right. Kate was spotted shopping at Seraphine, the maternity clothing shop in Kensington near her palatial home. No doubt the hardworking senior royal had the shop all to herself while the sycophantic attendants fussed and fawned all over the Duchess of Dolittle and her little bump. I’m sure all the while they were thinking what good publicity it’ll be to have the Duchess – who is definitely more celebrity than royal – be snapped wearing the line of clothing they’re selling.

Of course, we all know by now that shopping is her real job. And she’s damn good at it. Another thing I’d bet money she’ll be good at is using her baby to get out of actual real work as a senior member of the royal family. What’s the betting that once the baby arrives, she’ll be too worn out looking after the little bundle of joy to turn up at a less than glamorous event and will be “forced” to cancel. Or the baby is feeling poorly and Kate just has to stay home to look after the future monarch (when in reality an army of nannies will be doing the looking after while Kate has an at-home visit from the hairdresser). Can’t wait to see what the excuses will be… SIGH.

What on earth was Queen Elizabeth thinking when she consented to this marriage?! Of course, she did say that this marriage would end in tears. Maybe all she cares about is that Kate pops out the future heir since no one else would have Prince William. And then they can just get rid of her and her meddlesome, social climbing Middleton family. She might not give a fig that Kate doesn’t pull her royal weight and pick up the slack by taking on at least one of the Queen’s engagements. How about a minor one that wouldn’t be too taxing? Sophie, The Countess of Wessex and the wife of the Queen’s son Prince Edward, had no trouble helping out recently when Queenie was in hospital. But then, Sophie was always a hardworker, which doesn’t surprise me that she’s the Queen’s favorite commoner in-law – unlike Lazy Katie.