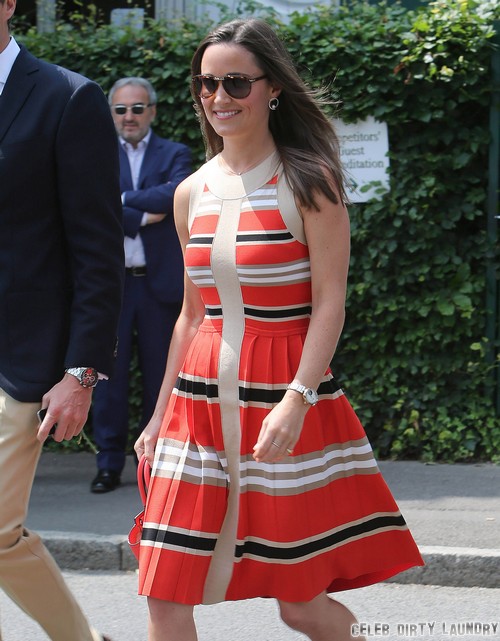 Many sisters have a tumultuous relationship and at times Pippa and Kate Middleton seem to follow that description to the letter. Pippa is an absolute wild card by nature and hates to feel as if she is being told what to do at every turn. Being connected to the royal family through her sister’s marriage can be too much at times. Not only do royal handlers advise Kate, but they also aim to keep Pippa on the straight and narrow path and that’s just not really where she wants to be.

Last Week The National Enquirer broke the news that Pippa is planning on relocating to the states once her sister delivers her baby. Understandably, Pippa feels like she needs some breathing room, preferably somewhere other than in England where every move she makes is watched. Apparently her happy news deeply upset Kate who is very close to Pippa. She is already super hormonal and overly sensitive and so Pippa’s news felt like sheer abandonment which was crushing to the Duchess.

Prince William has made it his aim to keep his wife as calm as possible, when he is around, and so he pulled Pippa aside and lambasted her for telling Kate this news at this point in time in her life. Even if Pippa really is planning on going to America Kate didn’t need to learn it as first-time motherhood looms!

Pippa is reportedly watching her P’s and Q’s for now but that doesn’t mean that a big move isn’t in her bright future. Do you think that it would be wise for her to relocate to the U.S. Where she can at least start over and build the kind of life that she may want to have? Tell us your thoughts in the comments below!