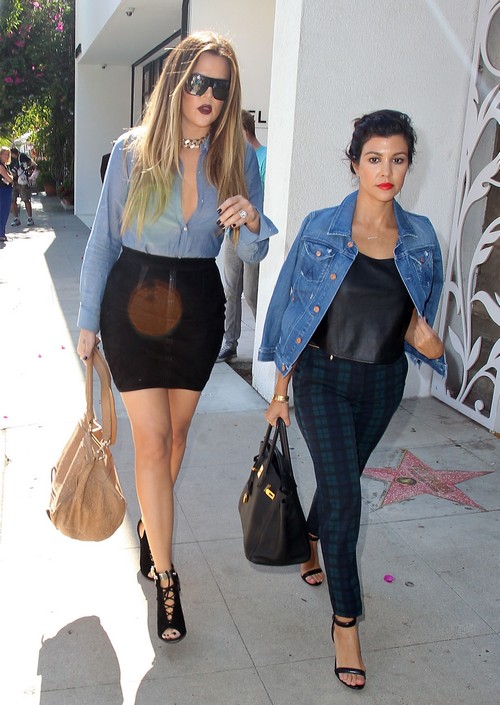 The truth has a funny way of revealing itself, usually after everyone believes that the lies are safely under wraps and the coast is clear. We have listened to rumors and rumblings for years about who Khloe Kardashian’s biological father actually is. Even Kris Jenner’s reality machine, Keeping Up With the Kardashian’s has danced around the issue and toyed with having Khloe do a paternity test only to have her back out at the last minute. Everyone seems to have had a say or else opted to speculate about who her real biological father is.

According to the Dec. 9th print edition of In Touch magazine, OJ Simpson’s manager, Norman Pardo claims that the disgraced former NFL star is indeed the daddy. Supposedly OJ gets a chuckle out of the topic and believes not only that Khloe is his daughter, but that the truth will eventually come out. Kris has emphatically denied any sexual relationship with OJ but photos do prove that the two vacationed and partied together an awful lot while they were married to Robert Kardashian and Nicole Brown Simpson. We do know that Kris has always liked her drinks and fidelity has never been her strong suit.

Sources close to Khloe say that she would be crushed to learn that OJ’s DNA and killer genes are running through her veins. But not to worry! Khloe’s real biological father, the man who got Kris pregnant while she was married to Robert, was Alex Roldan. Alex is not a murderer and was simply Kris’ hairdresser and one of her lovers.  Kris has admitted to cheating on lawyer Robert countless times so none of this is a surprise. Khloe has none of that Armemian blood running through her veins and she is obviously built on different genetic template from her half-sisters Kim and Kourtney. Check out the pics below and you’ll see what we mean. Do you think the truth will come out eventually? Does Khloe avoid the DNA test because in her gut she already knows that Robert wasn’t her biological dad? Tell us your thoughts in the comments below!