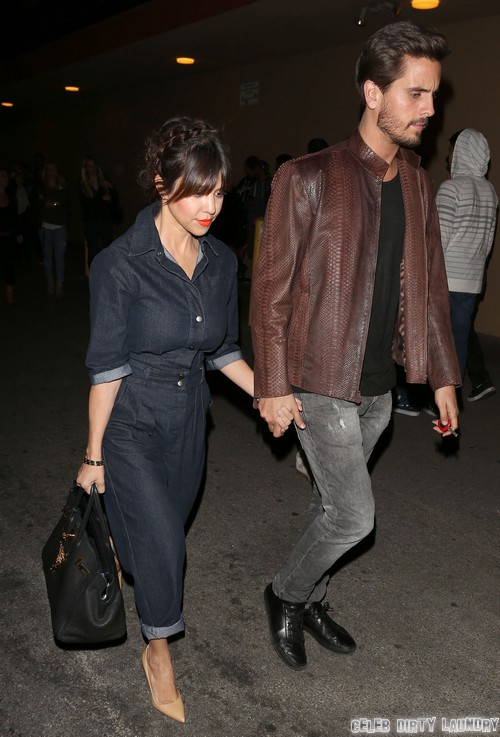 Let’s hope that no one was really holding out any hope that Kourtney Kardashian and her boyfriend and babies’ father Scott Disick were going to tie the knot. Apparently that is not in the cards for anytime soon!

Kourtney says that there are no current plans to tie the knot, but when the time does come, she knows what kind of wedding she’s going to want. Will it be televised where she and her husband will make millions only for them to get a divorce in two months?!?

During their ultra-pimped out Kardashian special, Kourtney talked to Ryan Seacrest about her wedding theme for her future nuptials. She said that since people are into yoga and they are super relaxed in doing yoga, she would want a yoga-themed wedding. She said that she thinks it would be fun with everyone in attendance on mats on the ground, trying to find zen.

There is plenty of time for Kris Jenner to figure out how she can jazz that up in order to make money from it, because they both have said that they aren’t marrying anytime soon. They both told Ryan that they really want to know each other before making the commitment of marriage. When Ryan asked how long it would take before they “really knew each other”, they both said that it would be between ten and twenty years from now.

And people think that gay folks are ruining the sanctity of marriage? Come on…