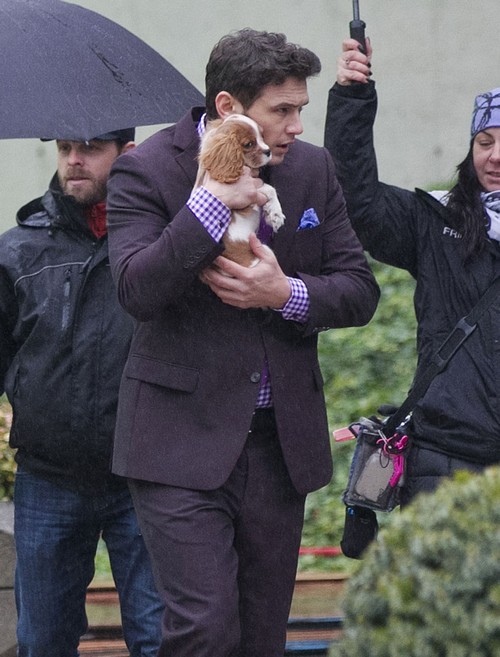 In a recent interview with Sunday Times Magazine, Franco hints at the novel’s female protagonist being inspired by Kristen Stewart, revealing, “I don’t know the intimate details of Kristen Stewart’s life. But I don’t need to because I’m not writing non-fiction. When I was writing, I was thinking, what are the pop culture phenomena of today? Yes! The Twilight movies…”

However, he does add that anything involving sex in the books is pure fiction, and made up completely based on his own experiences. Franco claims that he’s had sex with most of his co-stars, and adds that a lot of the times the sex was almost a ‘power play‘.

The book has been widely criticized by critics, who have called the stories extremely pointless and self-indulgent. Yeah, self-indulgent with a large dose of disturbing. If he had just created a fictional character and then placed his memories into the story, that would have been fine. But he didn’t. Instead, he decided to use Kristen Stewart as ‘inspiration’ for his main character and her sexual exploits – that says more than anyone needs to know about the inner workings of Franco’s mind and his thoughts on Kristen. Well, we already know about his feelings towards Kristen, don’t we? He’s previously written essays praising her in every way possible, given her glowing reviews on performances, and asked her out on dates. And I daresay this latest ‘novel’ probably just furthered his obsession.

What do you guys think about Franco’s confession? Do you find it odd that he based his main female protagonist on Kristen Stewart in a book concerned almost solely with sex? Let us know your thoughts in the comments.