Kristen Stewart: The Backlash CDL Receives For Calling The Trampire Out As A Cheating Slut 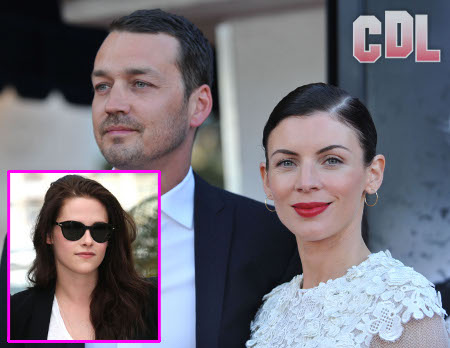 Sometimes when I remember that the Kristen Stewart cheating scandal is still a thing and that the Celeb World — and its followers — are still jibber-jabbering about the situation, well, I barf a little bit in my mouth. Like many other blogs, it’s our job to comment on the life of celebrities: all their happenings, including their mess-ups.

Let’s face it, the mess-ups seem to outweigh the triumphs in this crazy world of ridiculosity, glitz, glam, and fame, so what do we do when people scurry onto the interwebz and vehemently take sides against our reportings? What do we do when faithful fangirls and fanboys lash out with nastiness, crude language, and the never ending AHMAHGOSH WE LOVE KSTEW SHE’S AN ANGEL LEAVE HER THE EFF ALONE?

Comments on the site, Facebook, and twitter against us have been radical whenever we give our honest observations about Kristen; her defenders resort to threats and profanity in defense of Kristen and her controversial behavior involving Rupert.

Everyone is allowed their opinion. We <3 you for it. There’s no denying that K-Stew has one of the most passionate fandoms out there, and I think that’s something she and all the Twilighters should be proud of. But at the end of the day . . . . She was involved in a cheating scandal. And we’re just here to tell you about.

After reading some of the nasty comments, I thought I’d give y’all an insight into my gossiping brain and let you know what I think on the matter. [To get a brief sampling of some of the juicy, borderline poisonous comments click here — if you dare.]

Do I think it’s entirely, 100% KStew’s fault? Absolutely not. After all, it does takes two to cheat. Therefore, I find it hard to understand how people can say that she’s not even a little bit to blame — when there are real (honest) pictures here to prove it?

Kristen Stewart cheated on Robert Pattinson. That is a fact. She needs to be held accountable for that — and I think she has been by her peers and especially Rob, who, along with Liberty Ross, have struggled with this chaotic and spicy mess. She’s owned up to it and so has Rupert. I fully support people rising up to stand by her, but please stop telling me the pictures were photoshopped. *barf*. That excuse gets old, folks. “People do not file divorce over fake pictures, and those photos were fake,” claims one commenter. Those photos be real. They kissed, and they liked it, and they liked it, and they probably even liked it some more after that.

In the eyes of CDL, Kristen Stewart did two things wrong: 1) she cheated on her boyfriend (not ideal in BF’s eyes); and 2) she helped a married man-with-kids cheat on his wife, all while simultaneously claiming to be “friends” with the wife.

While others may feel differently, Rupert is just as much to blame in this situation. He could’ve said no, but he didn’t. He went along with it and in turn both Kristen Stewart and Rupert Sanders tainted their relationships.

Maybe we should all hug now? If you still feel passionately on this issue, and are still feeling that burning sensation inside your body to lash out against us, consider cooling off for a count of three. Then, when your head is cooler, feel free to tweet us or comment below, and I will be sure to comment back. Perhaps we can have a cordial conversation — one filled with hugs and rainbows and fluffy cute bunnies. Oh, and trampires.