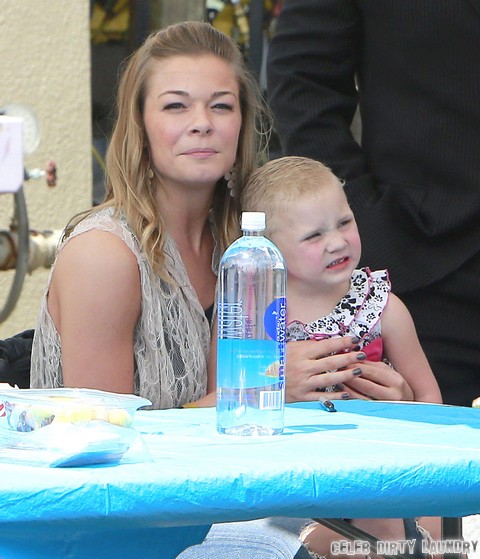 I think LeAnn Rimes is finding herself in a pretty tricky position right now.  She has spent the past four years a walking sack of bones because that’s precisely how her husband, Eddie Cibrian prefers his women. The scrawnier the better and LeAnn has sacrificed her common sense and health to be exactly the visual that he prefers.  She has sacrificed her career in order to stay by her guy’s side non-stop. In a nutshell, LeAnn is afraid that if she goes on tour and leaves Eddie alone, he’ll cheat. I guess she doesn’t realize that he probably is cheating anyway and thriving on the game. Her making it so difficult likely gives the whole cheating thing an extra rush!

Anyway, LeAnn is supposedly trying to gain some weight back in order to get pregnant. She has had a brainstorm and seems to think that if she gives Eddie a daughter then it’ll keep him by her side. I’m not sure exactly why she’s thinking this since ex-wife, Brandi Glanville gave Eddie two sons and he still nailed everything in a mini skirt. But LeAnn seems to believe that her plan will work.

Here’s where things get tricky for LeAnn. She has sideways admitted that she has an eating disorder and so gaining will be hard enough, but she also knows that with every pound gained she is less Eddie’s type and god knows he doesn’t need a reason to look at other women. LeAnn is terrified about Eddie cheating so is she going to be able to purposely morph herself into something that is unappealing to Eddie for a perceived greater good- a baby?  Tell us your thoughts in the comments below!