Liam Hemsworth: Miley Cyrus Wedding Back On If She Can Act More Mature! 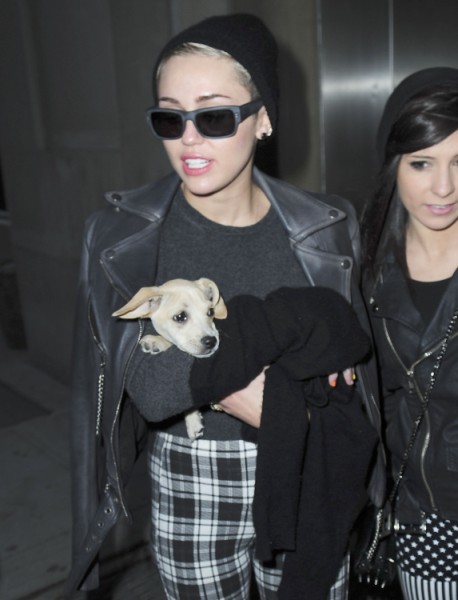 Well that’s an ultimatum if I ever heard one. But who cares about all that? True love won! The Liam Hemsworth/Miley Cyrus wedding is still on! Miley just has to get her shit together first. What does that mean exactly? I have no idea and I’m sure the 20-year-old doesn’t know either. But who cares? She still gets to buy a wedding dress and that’s really the only important thing, right?

But let’s get back to this nonsense about acting more mature. Miley Cyrus is – isn’t she? Apparently Liam doesn’t think so. According to The Sun, one of the reasons Miley got Liam to come back to her is by promising to grow up. Is that a tall order? Sure she adopts a lot of dogs and spends most of her time defending her relationship on twitter when she’s not working out or defending her health/love of cutting on twitter but that doesn’t mean she’s immature. That just means she’s acting her age.

And why is Liam off the hook so easy? This is the part of the story that continues to bother me. He’s the one who allegedly cheated. Everyone has rumors and pics of Liam getting too close for comfort with January Jones and Emma Watson. Then after getting outed he ran off to Australia. How is that mature?

Miley should be a little less mindful of that wedding dress at this point and more mindful of her reputation. She’s coming across as desperate, right? Clingy? Like she’ll do anything to keep this guy around. Unfortunately that’s a part of acting her age. Who didn’t do things like that at 20? I’m not saying I believe any of the Sun’s story. They’ve been highly creative with their sources lately. But if I were Miley I’d be annoyed that this was the story playing out. She needs a career. I heard she’s working on some music. Good. Fine. Make that happen because right now she just looks like a love sick school girl desperate to do anything to keep her man. Is that really what Liam wants? If that’s the case I’d be interested to know what he thinks maturity is.

Are you excited Miley and Liam are back together? Does it seem like she’s the only one giving in this relationship?

Check out the pics below? Does this mean no more Mickey Mouse shirts?