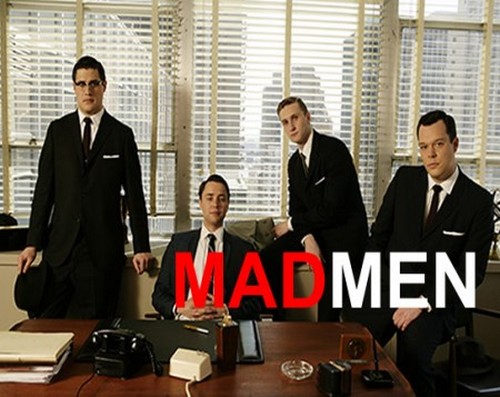 MAD MEN continued tonight with another fantastic episode, I cannot wait until next week.  Can you believe we are down to the final couple of episodes?  Next week’s episode is called, “The Quality Of Mercy,” and we have managed to get our hands on some juicy spoilers and a sneak peek video of next week’s episode.

On tonight’s episode Megan told Don that she wanted to help Sylvia and Arnold’s son run, he has thrown away his draft card but Don tells her firmly to stay out of it.   At dinner Pete realized that Ted and Peggy are in love with each other.  Ted missed dinner with the family, his wife was not impressed and told him that he is obsessed with his job. At the office Ted found out that they are going after the Ocean Spray account and he was upset, he knows there is only place for one juice account and he wants it to be his Sunkist. Don tied to enlist Chevy’s help with Arnold’s son; Ted then approached Don and announced that he can help, in exchange for Don dropping the Ocean Spray account.

Ted was not happy about how his mother was infatuated with her nurse and wanted to get rid of him. Julie wrote a letter to Mitchell but signed Sally’s name. When Sally headed to the apartment and claimed to forget her keys, she got the master keys and went into Mitchell’s apartment. Sally not only found the letter, but Don in bed with Sylvia.  Did you watch last night’s episode?  We did and we recapped it here for you.

Spoiler alert: If you’re one of those people who doesn’t like spoilers, stop reading now! We have some juicy spoilers for you about the season 6 episode 12 AMC’s “Mad Men.”

On next week’s show Don gets a call from Betty concerning Sally; she tell her mother that she walked in on Don with his pants down in Sylvia’s bed? Pete is getting ready to do a little hunting but looks a little too happy with a rifle in his hands. Don is told by the other partners that they want no more surprises, probably because of how Don acted in front of Chevy. Megan and Don are out and he is surprised when someone shows up. Pete admits to being bitter while Harry looks like he gets a disturbing phone call; Megan looks upset.

Mad Men Season 6, Episode 12 “The Quality Of Mercy” airs on AMC on June 16th, 2013. Check out the preview video from episode 12 HERE let us know in the comments below what you think of Mad Men season 6, so far?