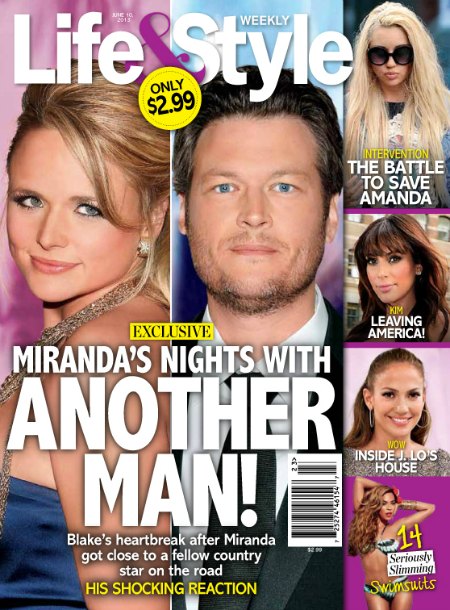 Apparently no one told Life & Style magazine that Blake Shelton was going to spill the beans on his marriage with Miranda Lambert to People magazine.

Still, Life & Style persists with their coverage of Miranda’s nights with another man! Was she really getting all flirty with Eric Church? Not now, but right after she was said to have gotten engaged to Blake, she was still flirting with Eric.

An insider said, “She just wouldn’t keep her hands off Eric. Miranda was getting really frisky with Eric.”

It had gotten so bad, the source revealed that, “They postponed their wedding invitations going out because of Miranda’s behavior.”

The insider said that Eric “had to kick Miranda off his buss a couple of times”, adding that “she was getting too close for comfort.”

Perhaps Blake should be the one going through her stuff? What do you think? Hit the comments and leave your thoughts below!