Paris Jackson Desperate to Find Much Older Man to Love Her! 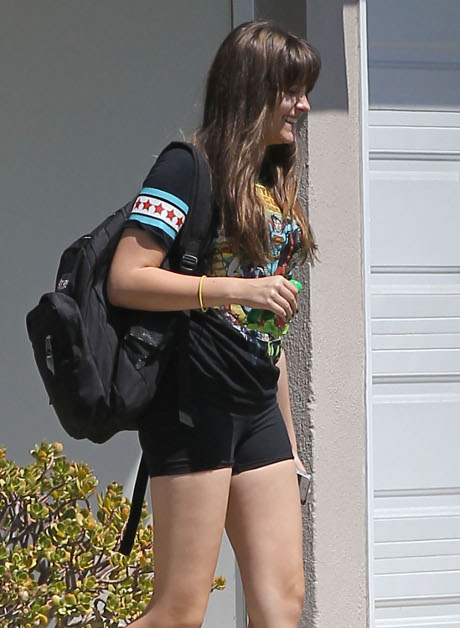 It’s really tough being a typical teenage girl and I have to think that for Paris Jackson it’s even harder.  She has never had a motherly influence in her life and was absolutely crushed by the death of her father, Michael Jackson, back in 2009.  In recent month’s Paris has been tweeting her deepest thoughts and she has clued her followers into a lot of what she’s feeling. She has mentioned the relationship between John Lennon and Yoko Ono. Apparently in Paris’ mind they shared the perfect love and she’s hoping to find something similar. According to a source connected to The National Enquirer, Paris is ultimately trying to replace the comfort her father had provided.

“She wants nothing less than what she perceives to be the mature, supportive but intense, love these two icons shared. She’d wel­come an older, more mature relationship that would give her the security and support she misses since her father died.”

It does sound like Paris is looking for a protective and all-encompassing kind of love rather than something romantic but I’m betting she will set her sights on an older man. Plus she has already experienced so many adult situations in her short life that it would make it tricky for her to relate to any teenage boy, even a celebrity kid.

The teen is also said to be tired of having to live under the controlling rules of her grandmother, Katherine Jackson, and she wants to strike out on her own. At first Paris seemed to cling to her grandmother but it makes sense that as time has gone on she has needed to have her own space and those growing pains could easily cause her to clash with family.

Should Paris be allowed to date an older man?  Do you think she’s ultimately just trying to fill the space her father left in her life? Where do you think Paris Jackson’s relationships will take her? Tell us your thoughts in the comments below!