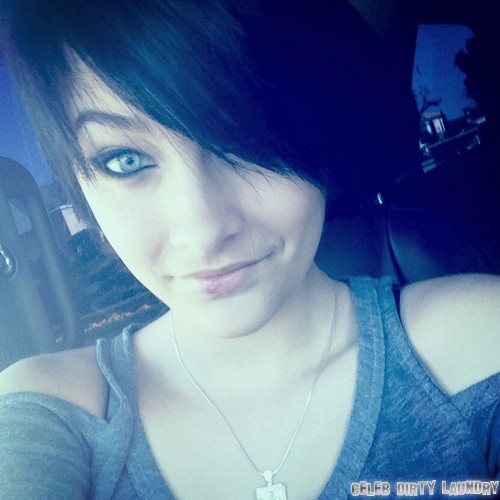 It appears that Paris Jackson has found herself immersed in an obsession with drugged-out rockers — but they are no longer with us. The Jackson family is none too pleased that Paris is going crazy obsessed with musicians who have suffered tragic deaths.

According to reports, Paris has become fixated with Nirvana frontman Kurt Cobain and the late, great Jimi Hendrix. Reportedly, this has made her grandmother, Katherine Jackson, quite upset. Can you imagine?

Since Michael Jackson’s untimely passing in 2009, Katherine has had custody of Paris and her two brothers. Now, she’s fearing that Paris’ obsession will spiral into something even worse for her granddaughter.

Paris took to her official Twitter page to say, “I pledge allegiance to…the rock legends of the world & to the rebellion, of which we stand, one nation..indivisible, with revenge & justice for all.”

Even worse is that Paris has shouted at school, “Kurt F***ing Cobain” and “Jimi Hendrix rules!”

A friend of the family revealed, “While Katherine knows Paris is a good girl, she fears the teen is growing up way too fast and doesn’t like her obsessing over those musicians.”

Let’s just hope that Paris doesn’t follow the same tragic fate that her father has.