Prince Charles Cashing In On Kate Middleton’s Baby, No Better Than The Middletons? 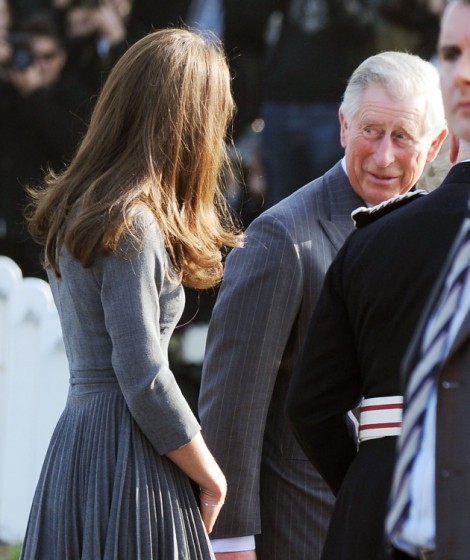 It’s always those savvy Middletons getting the short end of the stick by seemingly cashing in on their daughter’s social success but could Prince Charles be doing the exact same thing under the radar? Could be! On his Highgrove store website, Prince Charles looks to be cashing in on his first royal grandchild.

He’s selling baby shoes! And they’r’e adorable and I totally want them!! There’s also some wooden, eco-friendly toys too but they’re just not hitting me the same way as the awesome pink Union Jack booties which I’m trying to buy as I write this post. Why are you so shocked? You already knew I was pathetic!

But regardless of how amazing the baby shoes are, some are throwing the future king under the bus for using Prince William and Kate Middleton’s baby to make money for his Trust although all profits from the sale of Highgrove products are paid to The Prince of Wales’s Charitable Foundation. Now, the prince’s people came out and said Highgrove has always sold baby products but the Middletons’ business has always sold baby products as well so how is this any different? True,  Party Pieces did introduce a new line of prince/princess products but is that really so horrible?

I would usually give Charlie a break but then I did some digging and found out that this isn’t the first time he’s made a little on the side from his glamorous daughter-in-law. He also did it during the royal wedding (another time the Middletons got crushed for their opportunism). He sold a puzzle featuring a pic of Kate and Wills during their engagement interview with a lovely shot of Diana’s old ring. Now that’s a little tacky considering the source, yes?

But the prince’s people keep saying they’ve always done this and all the money goes to charity. Is that better? Is using the royal couple and/or baby justifiable if the money goes to help others instead of filling the Middletons’ pockets? I have to say no. Aren’t royalty supposed to have a higher code? Aren’t those perfect accents meant to signal they are above this kind of commercialism even for the sake of charity? I’m siding with the Middletons on this one.