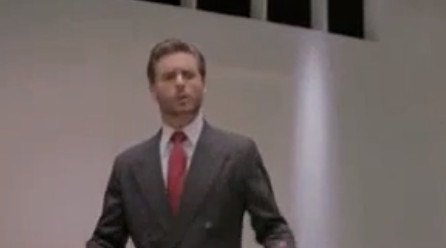 Scott Disick has joined a Kanye West effort in the newest Yeezus promo trailer. In light of this little pairing, we can’t help but wonder if Kourtney Kardashian will approve of her man’s new little bromance. The promo for the new album takes the form of a short film, with Scott Disick playing an upbeat fan of Kanye’s who later waltzes into the back room, gets an axe, and proceeds to kill the other character in the film, coincidentally played by Kim Kardashian‘s alleged BFF Jonathan Cheban.

Both Disick and Cheban appear in Keeping up with the Kardashians, which, of course, stars Kim Kardashian and her fame-mongering family. Of course, Kourtney Kardashian hasn’t said anything commenting on her feelings regarding Scott’s relationship with Kanye, but don’t you think it’s interesting to wonder about?

Scott Disick has definitely had problems with drinking in the past and he seems to be prone to a wandering eye — where the ladies are concerned. Is Kanye West — who seems to be quite fond of the ladies as well, despite his partnership with Kim Kardashian — considered a good or bad influence on Scott? Or vice versa?

Who knows? Because, at the end of the day, we don’t know either of them personally. But from what we read about in the news, there’s definitely the possibility that Kourtney Kardashian wouldn’t be a #1 fan of this new, budding bromance. However, they might be brother in laws one day (or, at least, honorary brother in laws) so perhaps it’s best to start formulating that love bond sooner than later.

Check out the promo video below and let us know what you think. Honestly, it’s a bit much for me.