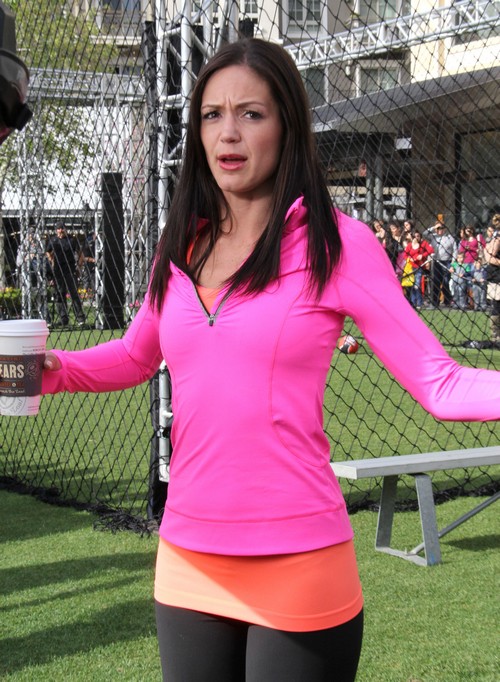 The Bachelorette is hosted by Chris Harrison and premieres tonight, May 27, on ABC at 8pm. I can’t believe this season of The Bachelorette is already upon us and this time the bachelorette is Desiree Hartsock who had her heart broken by Sean Lowe in the last and eighth season of The Bachelor. But this time it is different for the 26-year old as she is no longer vying for one man’s attention, but this time there are 25 men vying for hers. The theme this season is “Cinderella” since Desiree really comes from nothing and cries her heart out in the first episode in thanks for being given the opportunity to be on the show. The former bridal stylist starts off the first episode with the same lame and cheesy limo exits, but they prove to be tame compared to previous seasons.

Tonight we get a little glimpse into some of the men’s lives; Drew’s parent are divorced and his dad is an alcoholic, Zack is a free spirit who likes to pose nude, Robert’s dog has one eye, Brandon comes from a single parent home and his mother also struggled with alcohol problems, Brad brings a wishbone for Desiree and has her pull on it in front of him, Michael G. takes Desiree over to the fountain to make a wish, Kasey works in social media and shows off to Desiree that he has a hashtag for everything, Jonathan gives Desiree a card that has him wishing she would by pass the other 24 guys and pick him, Dr. Larry shows off his dance moves, Nick is a magician and he gives Desiree a paper rose that turns into a real rose, Diogo gets the “idiot” award when he shows up in a suit of armor, Chris gets down on one knee but it’s not to propose to Desiree – he ties his shoe!, Brandon arrives on a motorcycle, Micah shows up in a suit he designed himself, Nick M. reads a poem that he wrote and Ben shows up with his 4 year old son Brody.

During the party, Nick does a magic trick that fails and Brandon gives Desiree his mom’s “I’ve been sober for 7 years rings” but he wants her to give back to his mom when she goes on a hometown date with him (wishful thinking?), Zak strips down to his underwear and jumps in the pool.

Now here are some SPOILERS, so if you don’t want to know, then don’t read the rest!!

What do you think about this season of The Bachelorette? Will you be watching? Don’t forget to tune in with Celeb Dirty Laundry every week for our live recap and spoilers.