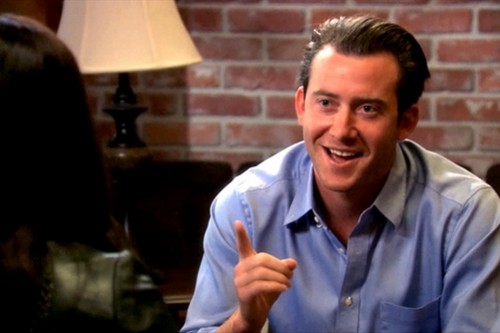 Tonight on Bravo The Millionaire Matchmaker returns with a brand new episode.  On tonight’s show called, “The Running Man And Great Expectations,” this week holds a twist, as one millionaire backs out before his mixer, forcing Patti to help out a third client.

If you have never watched the show before Matchmaker Patti Stanger is back and better than ever in Season 7 of Bravo’s hit docu-series The Millionaire Matchmaker. In this season of fresh faces and new surroundings, Patti’s business is thriving in a swanky new office in Marina Del Rey with an entirely different team of matchmakers. The love guru has enlisted her new staff — assistants Justin Bird, Marisa Saks, and David Cruz — to spice up “The Millionaires Club” and bring their unique dating expertise to Patti’s clients.  In each episode, two wealthy clients are set up with dates hand-picked by Patti. With a brutally blunt approach and a big heart, Patti and her staff give their millionaire clients complete love transformations with the help of experts and a good ol’ kick in the backside.

On tonight’s show thirty-seven-year-old Joe Bayen was raised in Paris and has a net worth of $40 million. The entrepreneur and former champion runner wants to settle down and have a family, but he keeps traveling the globe for business. Patti’s second millionaire this week is Florida lawyer Frank Cerino. All the women Frank meets can’t reach his “great expectations.” This week holds a twist, as one millionaire backs out before his mixer, forcing Patti to help out a third client, Teague Eagan, who made his fortune in music and sports.

Tonight’s episode is going to be another drama packed one, which you won’t want to miss. So be sure to tune in for our live coverage of Bravos’ The Millionaire Matchmaker Season 7 episode 4 – tonight at 8PM EST! While you wait for our recap, hit the comments and let us know how excited you are about the new episode of TMM tonight.

Patti meets a former client of hers. She ran into Omar who she helped out by giving some rules. He appears he followed them to the letter because now he’s married and a father. He came back to Patti so that she’ll be able to help a friend of his who’s currently running into dating trouble.

At the Millionaire’s Club meeting, Patti finds she has to help David deal with a write in before they can move onto business. A little sex talk here and eventually they move on to their bachelors. The first up is Marisa’s man. Frank Cerino is alright in the looks and money department but he’s termed as a great “expectations guy”. Every women he’s ever dated had at least one problem with them (according to him). A couple of months later and he realized that maybe he judged them too harshly, but it’s too late. No one could be the perfect Eva Longoria/Eva Mendez prototype to him while they’re dating. Patti especially wants to take Frank on seeing as guys like him are the reason so many women become insecure.

The next man up happens to be Omar’s friend. His name is Joe Bayen and he appears to be nearly ideal. As in he’s young (still in his thirties) and he is worth over 40 million. However his main problem is that he’s never in the same place for long. He’s a bit of a workaholic. When they met up with, Patti created a new rule just for him. She told him she wanted him to stay in one place long enough to see a relationship through.

To get him into the dating pool, she’s going to host a bikini party for him. This way he gets to meet a slew of women.

Patti finally got to meet Frank. She made him lower expectation by stating only two qualities he couldn’t do without in a woman – honesty and loyalty. Prior to focusing in on what he’s looking forward to; she made him look back. Patti told him to call three women he truly liked back when they were dating. She wants him to call these women and apologize. Frank agreed to these demands and yet he never made those calls. He didn’t feel like he had to.

The Millionaire’s Club is interviewing the women for either and sometimes both men. They meet gymnast, law students, and models. Never think Patti is willing to accept any pretty face. These women have to be smart and able to take orders. Specifically Patti’s orders. Someone got cut when they weren’t willing to cut her hair.

It’s time for the pool party and surprisingly Frank isn’t coming. He decided the best way to tell Patti this was by text explaining he was already at the airport. Patti is upset but she knows she has to pull the rest of the party together. Joe now has to deal with 20+ women by himself. Patti has to make sure he won’t get a Hugh Hefner complex and get too excited in the wrong department.

Out of all the women, Joe picked out several contenders. Yet only one woman can win a master date. Joe ended up choosing Natalie the law student. Patti is happy about his pick both for him and for another client of hers. Teague Eagan has been nothing but trouble. He never stops looking onto the next relationship. So she picks one of the girls she put in the mixer for him. She puts him on a “cooking date” with her pick and just to make sure all goes well; she and her boyfriend will be joining him on the date. This way she can correct him as he begins to distance himself from any relationship that even remotely looks long-lasting.

Teague found out why Frank backed out of Patti’s matchmaking. She can be really blunt. During his date Teague was prodded and pushed by Patti’s little suggestions. It’s both abrasive and effective. His date began this foursome apprehensive and by the end she was charmed. The two are speaking about running the next marathon together.

Joe took Natalie on a date playing volleyball. Luckily for her, she was actually quite good and they enjoyed beating the other couple. Later they begin talking and found out they were on the same page about not living a jet set life. They see themselves being more down to earth and simply.

In her after date checkups, Patti is relieved that she got Teague interested in someone. He plans on taking Yoalie Beth out for her birthday. As for Joe and Natalie, she learned their date went really well although they didn’t kiss. She found out from Joe why. He said he was sticking to the no sex before monogamy rule. Patti reassured him not all kissing leads to sex.

Pat never did hear from Frank again. All the show knows is that he’s still single.