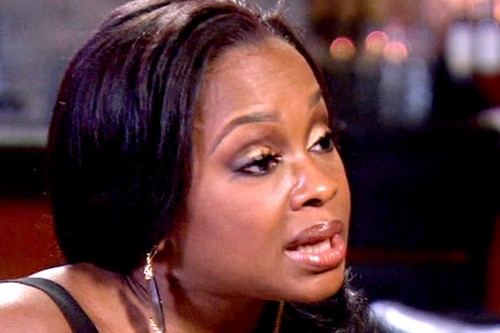 Tonight on Bravo THE REAL HOUSEWIVES OF ATLANTA continues and tonight’s episode is called, “Too Late to Apollo-gize.” On tonight’s Kenya decides to pack up and move out of her rental home.  Did you watch lastweek’s season 6 episode 3? We did and if you want to get caught up before tonight’s episode, you can read our full and detailed recap, right here.

On last week’s episode Kandi was surprised to find her work confidant Don Juan sharing concerns about her relationship with Todd. NeNe struggled to adjust to her new role as housewife after The New Normal was cancelled. Cynthia faced going into surgery and Phaedra prepped for a family photo shoot. Porsha started unpacking at her mother’s, but was shocked by what she uncovered. Kenya decided to pack up and move out of her rental home.

On tonight’s show as Cynthia continues to recover from her fibroid surgery, she receives startling news that her daughter Noelle has started dating. Porsha finally begins to open up to the rest of the women. Kenya’s in need of a place to call home, so NeNe offers to assist in her house hunt. While out to dinner with Apollo, Phaedra decides to put the texting issue to bed once and for all.

Tonight’s episode is going to be another drama packed one, which you won’t want to miss. So be sure to tune in for our live coverage of Bravos’ The Real Housewives of Atlanta Season 6 episode 4 – tonight at 8PM EST! While you wait for our recap, hit the comments and let us know how excited you are about the new episode of RHOA tonight.

Kenya has found a new way to be “Gone With the Wind Fabulous”. She was singing hanging upside down, generally enjoying herself, when Kandi finally met up with her. The two women aren’t close but it doesn’t mean that we won’t hang out. Kandi agreed to the meeting hoping to get answers out Kenya. She wanted to know what really happened between her and Apollo. The last time they discussed this, Kandi noticed that Kenya out of answering.

So when Kandi re-opens the subject she shouldn’t have been surprised when Kenya went on the defensive. In order to drop the subject, Kenya went and got out her phone. It seems she has yet to erase Apollo’s messages even though nothing “happened”. The one message she read out sounds almost innocent except for when Kenya called Apollo babe but she said that was merely and endearment. Kandi can’t swallow the whole innocent act. She feels there was more and she knows Kenya’s tactics. She’ll try to out talk everyone just so she won’t have to answer questions.

Porsha is still going to therapy. The last time she was there it was with her husband although now she goes to help her deal with the divorce. She continues to go in order to figure out what went wrong. All this time she’s been blaming herself for the divorce but what about what Kordell did. She kept certain things from out of therapy because she knew she would have to answer for it back home. That’s why they never were able to truly clear up their issues. She and her husband constantly kept up a façade.

Kandi has picked up on how down Porsha is. After a talk with Cynthia and Nene they all agreed to throw a little get-together to cheer Porsha up. Nothing like a post-divorce gathering to help a friend in need. And yet if they want this thing to go off without a hitch then it’s best not to invite both Kenya and Phaedra. Kandi met with Phaedra after her follow-up with Kenya. She said the text looked ok but then she hears the other side of the story. Kenya claims she never met with Apollo physically while Phaedra remembers her husband having to change his hotel after Kenya kept coming to his door. Who’s right or wrong is the only thing that will settle that dispute.

Before the lunch, Cynthia has to deal with her daughter though. They have a great relationship but she wasn’t well recently. It explains why she missed out the fact her daughter is already dating. Her “baby” has a boyfriend and is kissing. And Cynthia just has to find a way to deal with it.

Kandi’s lunch for Porsha is all set with one minor problem. Porsha arrives late. It’s ok tough because she acknowledged by apologizing at least.

This lunch was more than cheering up. Porsha wanted to use the lunch as a way to introduce her friends to the real her. If she wasn’t acting out the part of the perfect wife then she was the argumentative one explaining she was happy in her marriage. Those women are gone. I n their place there is the real Porsha. The one not afraid to admit she had to ask for grocery money and who slowly and systematically cut off from family and friends. The women never could have guessed how bad it was but Porsha is willing to move on and be more open now.

Kenya wasn’t invited to the lunch for obvious reasons. Still that doesn’t mean Nene has given up on their “friendship”. Kenya has been living in a hotel since her eviction. A poor man’s hotel according to Nene and she’s all too happy to show Kenya’s places her realtor recommends. However most of the places Kenya get shown is a bit pricey. Maybe too pricey.

Phaedra and Apollo are out on dinner without their kids. Apollo is glad for that. He was feeling neglected the last couple of months ( since the arrival of the baby). Phaedra understands but she also wants to address the “Text-gate” with her husband. She said she wanted to clarify the situation when she heard about both sides of the story. Apollo keep to his story and at the same time he won’t say he’ll stop doing inappropriate things. He’ll talk to whoever he wants to. From his point of view his wife shouldn’t issue demands even if it’s don’t text my friends.