The Real Housewives of Atlanta RECAP 12/1/13: Season 6 Episode 5 “Save the Drama for Mama” 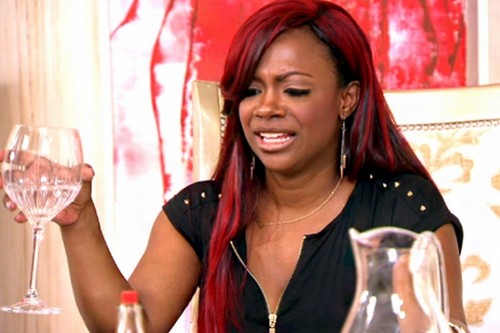 Tonight on Bravo THE REAL HOUSEWIVES OF ATLANTA continues and tonight’s episode is called, “Too Late to Apollo-gize.” On tonight’s episode the tension between Mama Joyce and Todd finally comes to a head..  Did you watch last week’s season 6 episode 4? We did and if you want to get caught up before tonight’s episode, you can read our full and detailed recap, right here.

On last week’s episode as Cynthia continued to recover from her fibroid surgery, she received startling news that her daughter Noelle had started dating. Porsha finally began to open up to the rest of the women. Kenya’s in need of a place to call home, so NeNe offered to assist in her house hunt. While out to dinner with Apollo, Phaedra decided to put the texting issue to bed once and for all.

On tonight’s show Phaedra heads to Alabama to study for her upcoming mortuary exam, and Apollo turns to Peter for advice on how to handle their marital issues. Meanwhile, Porsha’s sister Lauren pressures her to look for her own apartment, and then the tension between Mama Joyce and Todd finally comes to a head.

Tonight’s episode is going to be another drama packed one, which you won’t want to miss. So be sure to tune in for our live coverage of Bravos’ The Real Housewives of Atlanta Season 6 episode 5 – tonight at 8PM EST! While you wait for our recap, hit the comments and let us know how excited you are about the new episode of RHOA tonight.

Someone finally talked sense to Apollo. He was getting silent treatment from his wife and thought maybe he should get advice. He spoke to Peter who kindly pointed out the problem. Apollo should have supported his wife. He shouldn’t have been texting another woman. He needs to put himself in her shoes and realized Kenya was using him to humiliate her. When Phaedra was telling him this all he heard was her telling him orders. With Peter he actually listened.

Kandi is disusing her mother’s problems with friends. She feels like her mom keeps on pointing out that all the men she’s interested in only want her for her money. That rhetoric could be why she was single for so long. One of her mother’s newest grievances is that she feels Todd is cheating on Kandi and now with just anyone. She thinks Todd has been walking out with one of Kanid’s closest friends. Her friend is surprised by that. She thought Kandi’s mother always liked her and considered the older woman as a second mother.

Kenya moved into her new place. She rented out a new house over the whole buying “theory” Nene was showing her last week. This time she also went over the lease with a fine teeth comb. Apparently her last landlord taught her enough. But she’s ready to move on and even joked around with Nene.

Nene is truly the mother hen of the group. She tries to help out as much as she can. She advised Cynthia on her daughter. Cynthia was worried because her 13 year old was dating. She was feeling glad that her daughter even told when Nene said “no, no”. Her kid shouldn’t be dating yet. Cynthia was falling into friend category when first off she was supposed to be the mother. If your kids don’t always like then oh well.

Kandi decided to bring up her mother at the worst possible moment: a romantic dinner. She spoke to Todd about what her mother has been saying and he of course got angry. He said this was getting to be too much and he would hate it if she lost out on a good man. Taking the only option left, she called her mother to come over and talk the whole problem out. Todd wanted everything to be aired.

Cynthia invited Noelle’s boyfriend and his parents to come over for a chat. In doing so Peter got to be all scary stepdad but he liked little Arthur. The kid withstood his questioning just fine.

Porsha is thinking about moving out of her mother’s house. Her family was trying to show her available listings but Porsha wasn’t really ready in the end. Not only does this shopping remind her of her upcoming; it’s simply isn’t reaching her tastes. The places are small. They were created for singles. She prefers the bigger house of her mom than what she’s seeing.

Mama Joyce came over to Kandi’s ready for a fight. She started off by completely ignoring Todd for a good while. When she deign to acknowledge she wasn’t playing nice. She brought up the “friend” again. Kandi has had this lifelong friend that happens to work for her but Joyce is wondering why this friend is always around the house. Which means she’s always around Todd. The very same Todd who feels that he has been giving a lot to the relationship. He supposedly even turned down jobs or so he claims. Don’t know why a producer would turn down jobs for a relationship when Kandi is so career orientated and yet he claims he did.

Joyce wants her daughter to find a equal instead of digging up another man to take care of. She’s willing to be open-minded from now but she’ll be watching Todd and that friend. Mama Joyce is only on one person’s side – her daughter’s.