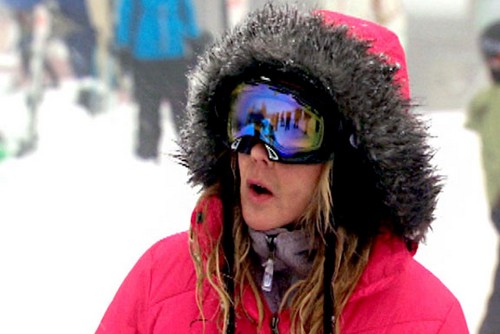 THE REAL HOUSEWIVES OF ORANGE COUNTY continues on Bravo tonight with a whole new episode called, “The Cold War.”  On tonight’s episode The Wives head to a fun vacation Whistler, but Lauri and Vicki get into it on the slopes. Did you watch last week’s episode? We did and we recapped it here for you HERE!

On last week’s show Tamra was frustrated with the slow progress on her fitness studio, while Heather’s acting career sped ahead as she landed another guest role on a popular sitcom. Tamra shoppeds for a wedding dress with the whole gang, but her beautiful day turned ugly when Lauri dropped a bomb on Vicki about who Brooks was spending time with. After dinner, Tamra and Heather questioned Gretchen’s honesty.

On tonight’s show Lydia looks forward to taking all the ladies on a ski vacation to Whistler, Canada. Alexis hopes for a conflict-free trip, but before the women even reach the snow, Heather and Gretchen tussle over who was really offered a coveted sitcom role. Meanwhile, Tamra hears the raunchy gossip that Lauri has been spreading about Vicki and sets off an avalanche of screams when she spills the beans to Vicki.

Lydia is getting her makeup done when she calls Alexis to come over. She’s planning a trip to Canada with all the girls including Alexis. Alexis wants her friend to be prepared so she brings over a swarovski covered bible. The Word and Bling is just what Lydia needs.

Tamra and Heather are shopping for their upcoming trip when Tamra mentions her worries about Lauri. She’s doing really well with Vicki and wonders if she should tell her about the stories Lauri has been circulating. She knows this isn’t how Lauri usually is and wants to know why she’s doing these things.

The trip is underway with everyone carrying lots of luggage. Things have gone smoothly…so far. Then Heather brings up the “Malibu Country” role. Heather has Gretchen cornered but she’s claiming she was misunderstood. That’s when Alexis brings up how she was also offered a role. Heather believes they’re both liars but she doesn’t out and say “BS”.

The girls arrive at Whistler and her uncle, a young and attractive uncle, comes up to visit her. Everyone wants to match him up with Vicki. Everyone except Lydia who feels they have enough crazy in the family.

Heather has to go. She’s going to be starting her show soon but Alexis can’t help notice how no one is upset that Heather isn’t even staying the night when they has something to say when she didn’t stay a day in Costa Rica.

Lydia is a Canadian and the trip was her idea but she’s never skied. Tamra hasn’t gone sking in a while so she’s nervous and Alexis has only ever done a bunny hill.

Lauri is upset that Gretchen betrayed her trust. Gretchen feels Vicki did the same thing to her. Lydia and everyone else thinks this whole thing is childish.