UFC Champion Georges St. Pierre Trying To Convince Pregnant Girlfriend Not To Have Their Baby 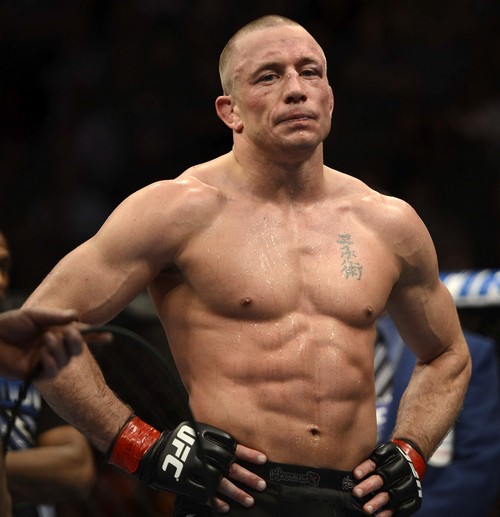 According to a new report from TMZ, UFC Fighter Georges St-Pierre will be taking an unspecified leave of absence from the UFC. We know UFC players don’t take leaves without good reason, and George is certainly no exception to that.

The rumors first started circulating when Georges reportedly made a ‘cryptic remark’ after his win on Saturday against Johny Hendricks. He reportedly told Joe Rogan that he needs to ‘step away‘ from the UFC for a while to deal with ‘personal issues‘, and it seems like these personal issues included an unplanned pregnancy and a family illness.

The report claims that Georges’ father is dying, and it has affected Georges very deeply, as it would anybody. However, Georges has reportedly also gotten a woman pregnant, but he reportedly doesn’t want the baby while the mother is insisting on keeping it. Will he try to convince her to get rid of it?

Whatever it is, he’s clearly not dealing with all these issues well. He was heard telling Joe on Saturday, “I’m going crazy. I have issues, man. I need to relax. I need to get out for a while. I don’t know what I’m going to do.”

Experts say his performance in the ring has also been suffering, although he’s still maintained a certain standard of quality to his fights. However, professional athletes know how easy it is to get burned out, especially when you’re trying to combine the volatile mix of your career and your personal issues. If Georges doesn’t take a break, it might end up becoming too much for him in the end – so he’s definitely making the smart decision to step back for a little bit.