BY Amanda Austin on May 25, 2014 | Comments: one comment
Related : Believe, Recap, Television 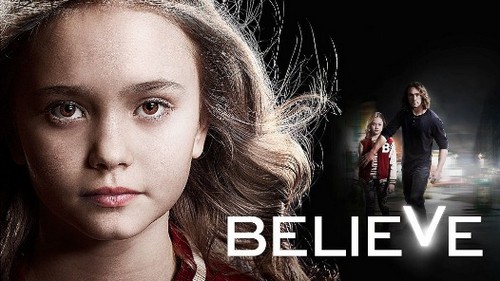 NBC’s brand new series BELIEVE hit the ground running and is getting better each week. This week’s show is called, “Collapse.” On tonight’s episode, Bo has a vision of a tragic event in the New York City subway, leading to a confrontation with Agent Ferrell that turns perilous. Meanwhile, Dani adapts to her new home at Orchestra and proves her worth to Skouras.

On last week’s episode Skouras used unconventional methods to interrogate Channing Tate’s (Jake McLaughlin) efforts to keep Bo (Johnny Sequoyah) focused on her training are sidetracked when Bo had a premonition of a young musical prodigy dying in a car crash. In the wake of Channing’s (Jamie Chung) capture, Winter (Delroy Lindo) set a risky contingency plan in motion. At Orchestra, Skouras (Kyle MacLachlan) tested the powers of Dani (guest star Mia Vallet), a newly discovered telepath. Kerry Condon and Trieste Kelly Dunn guest starred.  Did you watch last week’s episode?  If you missed it we have a full and detailed recap, right here for you.

On tonight’s episode when Bo (Johnny Sequoyah) has a premonition of a tragic event in the New York City subway, she convinces Tate (Jake McLaughlin) to help her in stopping her vision from becoming reality. A confrontation with FBI Agent Ferrell (guest star Trieste Kelly Dunn) in the subway station quickly changes course when an explosion leaves them trapped underground. Meanwhile, Dani (guest star Mia Vallet) proves herself to Skouras (Kyle MacLachlan) as she settles into her new home at Orchestra. Also starring Delroy Lindo, Jamie Chung and Arian Moayed. Kerry Condon and Katie McClellan guest star.

Tonight’s episode of Believe kicks off with Bo having a dream about herself being tuck alone in the subway. A girl greets her and says “You shouldn’t be here because we are all going to die.”

Tate wake Bo up from her nightmare and comforts her. She tells him that “something really bad” is going to happen, but she doesn’t know what it is, but it was in the subway. She runs out the door and tells Tate they have to go save “some girl” and “that woman Farrell from the FBI.”

Winter checks on Channing, who is being nursed back to help after she took a bullet to save him. He grabs a pair of tweezers and removes the bullet from her.

Corey and Zoe are on the phone arguing, Corey is confident that everything will return to normal after the shooting and they can get back to business at the Orchestra. Zoe argues that Roman is out of control and needs to be stopped.

Bo and Tate head to the subway station. Sure enough FBI Agent Farrell is waiting for a train with her sixteen year old daughter, the girl from Bo’s dream. Farrell pulls her gun on Tate and then Bo spots a duffel bag under a bench. She begins screaming that the bad thing that is going to happen is a bomb and they all begin racking to get out of the subway tunnel.

Tate wakes up surrounded slabs of concrete and rocks, he finds Bo lying unconscious next to him. He shakes her and she begins coughing, but she says she can barely hear him. He helps her up and they begin searching through the rubble for Farrell and her daughter Sasha. Farrell is okay, but her daughter is seriously hurt. And, they are all trapped.

At the lab Roman catches Zoe reading Danny’s file. He reassures her that Danny is fine, but Zoe points out that she is dangerous and she killed her own brother. Zoe is afraid that Danny will destroy Orchestra. Roman doesn’t want to hear it, he informs her that Danny stays.

Winter and Channing are watching the explosion on the news, they know Tate and Bo were headed there and they can’t reach Tate on his cell phone. Winter heads to the explosion site to see if he can find them.

Bo, Tate, Sasha, and Agent Farrell sit tight and wait for the rescue teams to dig them out. Bo comforts Sasha and gives her the stuffed animal she carries with her. Winter calls Tate on his cell phone and Tate fills him on their status, Winter asks to talk to Bo and reassures her everything is going to be okay. Bo is upset that she didn’t know it was a bomb until they go there, but Winter tells her it isn’t her fault.

Roman tells Corey that they have a problem and Zoe has been helping Winter. Danny saw it when she read Channing’s mind. He wants to have someone tail her so that he can catch her in the act.

Some of the rubble around them begins to collapse and shift, and Tate and Farrell discover a storm-drain. He calls Winter and he gives them directions to navigate their way through the city’s storm drains. They come to an opening but there are bars over it. Bo tries to use her powers to remove their bars but she can’t. Tate calls Winter for help but his telephone dies. They keep heading down the tunnel, and Bo manages to use her telekinesis to light the way.

They finally make it out of the tunnel and into the street and Winter brings medics to look after Sasha. Bo and Sasha notice that the guys that left the duffle bag bomb in the subway is standing in the crowd. Agent Farrell and Tate chase him into a building and struggle ensues. After Tate saves Farrell from the bomber and subdues him, Farrell pulls her gun on him. He argues that if she arrests him he won’t be able to take care of Bo anymore and protect her from Roman.

Roman sends Zoe a message pretending to be Winter, and she rushes to help Winter. Roman catches her and reveals that he sent the message to see if she would try to help and she did, so it is true that she has betrayed him. He takes her into a room and brings Danny in to clear her memory of Orchestra, and Bo. He says good-bye to her and leaves her in the room with Danny.

Tate and Bo head over to the docks to check on Channing, apparently Farrell decided to let Tate go without arresting him. In the hospital Agent Farrell sits with her daughter Sasha, and she reveals to her that she has quit Bo’s case but she and Sasha both have to sign a confidentiality contract about the things they have seen Bo do.

Tate tucks Bo in to bed and tells her from now on they have to be more honest with each other, he knows that she saw him in her dream too, because he was there too. She agrees that from now on they won’t hide anything from each other.