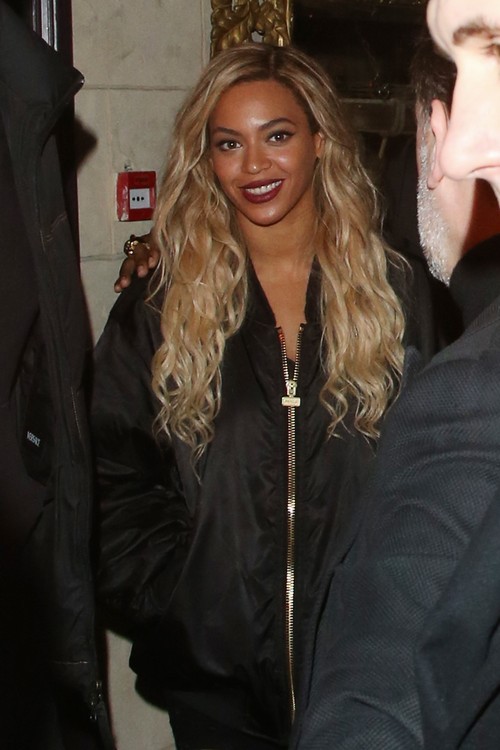 Jay-Z and Beyonce would rather be caught eating dung than attending Kim Kardashian‘s wedding to Kanye West, and that’s pretty much what the reports are saying as well. Apparently, Jay-Z and Beyonce have told Kanye that there is no way they’ll be attending the wedding, claiming that they don’t want to be part of such a public affair.

However, sources [Hollywood Life] are now reporting that Jay-Z, in order to make up for the ‘snub’, has decided to buy a yacht for Kim’s and Kanye’s honeymoon. He is reportedly planning to pay $200,000 for the yacht, just to make up for missing his friend’s wedding. However, even though Kimye reportedly requested the couple to come with them, Beyonce has told Jay-Z that in no circumstances would she ever be caught going on vacation with Kim.

Can you imagine Beyonce and Kim vacationing together? Bey would have absolutely no control over Kim’s non-stop Instagramming, and you know the first thing Kim would do is upload pictures of North West with Blue Ivy, probably giving Beyonce a coronary in the process.

What’s worse is that sources also state that Kris Jenner is insisting that she be invited on this honeymoon, since we all know Kris has absolutely no concept of personal boundaries. At this rate, the honeymoon yacht will resemble a travelling circus, and don’t be surprised if the cameras follow them along on this ‘vacation’ as well.

Either way, I suppose it’s extremely generous of Jay-Z to be spending so much money on Kim and Kanye, but I think he’s doing it out of a sense of obligation to his long-time friend than he is over any lingering affection towards the couple.