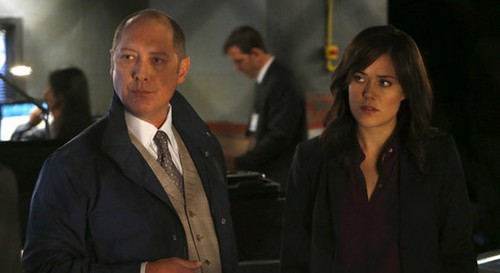 Are you one of the millions of NBC fans that tunes in each week to watch the biggest new drama on television – The Blacklist? James Spader plays Ray Reddington, a criminal that turned himself in under the guise that rather than being punished, he’ll help the FBI pull some of the worst criminals off the streets. Megan Boone portrays special agent Elizabeth Keene, the only person that Redd trusts his “blacklist” with. There is also a personal connection between the two characters that has yet to be explained but plenty of fans speculate that Redd is actually Liz’s real father.

Spader is obviously brilliant at everything that he does and this role seems to have been tailor-made for him. Unfortunately the rest of the cast has taken some heat because compared to Spader – well they just can’t compare. Boone has the most scenes with Spader and in recent months we have heard rumors of him not being so patient about the number of takes she needs to get a scene right. According to the March 3rd print edition of GLOBE some fans would love to see Boone replaced with a less stiff actress but she’s not going anywhere without a fight.

Boone said in an interview a few months back that she knew when she read the first script that this was a character that she needed to fight for and that’s how she beat out hundreds of other actresses. Now it seems like she better find her grove and fast because the fan support for her is dwindling. Is NBC likely to recast Boone’s character? Probably not and they can’t get rid of her because it’s very clear that this entire show is tangled around Keene’s relationship with Redd. Since it is killing it in the ratings there is no way that the powers-that-be will purposely switch up a formula that is working.

How do you feel about Boone’s character? Does she do a good job but working beside Spader would make anyone look shaky? Or does she need to sharpen those skills and really fall into character fast? Tell us your thoughts in the comments below!