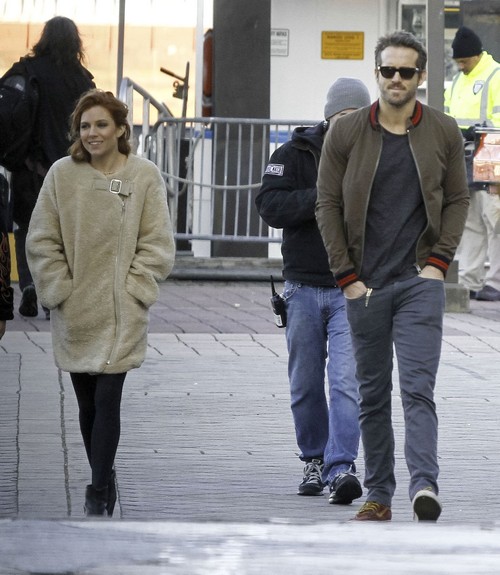 According to a new report from Star Magazine, Blake Lively and Ryan Reynolds are already on the verge of getting a divorce, less than two years after they got married. Is this a case of tabloid fiction, or another case of a Hollywood marriage gone down the drain?

Star claims that the couple is spending time apart while Ryan films Mississippi Grind in Louisiana, and that’s apparently causing Blake a lot of ‘separation anxiety’. Star’s source claims that Blake is not happy that Ryan’s co-star for Mississippi Grind is ‘admitted cheater‘ Sienna Miller. Um, is Blake forgetting that Ryan was married to Scarlett Johansson when they met? And that she was trying to woo him when he was still married?

Plus, Sienna’s happily married and seems like she’s putting her cheating days behind her. Still, a little hypocritical coming from Blake, especially if this source is correct. The source also adds, “Blake is petrified that Ryan’ll be tempted to stray.”

Well, this whole story is based on a lie, so it’s hard to believe the rest of it. Blake and Ryan are actually spending time together on the set of Mississippi Grind in Louisiana, and Blake’s actually with Ryan part-time in his temporary housing during filming. Considering that she doesn’t start filming Age of Adaline just yet, what else is she doing to do?

Do you guys think that Ryan and Sienna would cheat on their respective partners with each other? I highly doubt anything’s going to happen, especially while Blake is up there. Let us know what you think in the comments.