Bold and the Beautiful Spoilers: What Is Aly and Wyatt’s Secret Past – What Are they Hiding? 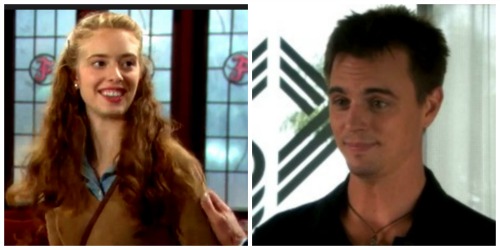 As we’ve been seeing on the Bold and the Beautiful, Aly is steadily losing her mind when it comes to Wyatt. At first, we attributed that to Aly’s obsession with Hope, but now, it’s starting to seem like there’s more of a personal vendetta behind it.

She’s gone out of her way to dig up dirt on Wyatt, and she even tells Quinn today, “I am doing everyone a favour exposing Wyatt as the liar he – everyone in the world will know what he is. He is a criminal and a liar and he deserves to go to prison.” Quinn tried to defend Wyatt, but Aly’s refusing to listen to anyone on this matter.

Yes, Wyatt stole the diamond from the Forrester Collection. But he also did it to help the store, not for his own personal gain. Aly knows this, yet she’s still hellbent on this mission to ruin his life. She’s definitely going way overboard in her personal vendetta against him, and this whole storyline’s starting to hint at a personal history between Aly and Wyatt. What happened between them that has caused such Aly to develop such a passionate hatred of Wyatt?

It can’t just be because she’s obsessed with Hope, because she’s completely fine with Hope dating Liam. It’s possible that there was some connection between Aly and Wyatt when they were younger, because Aly’s feelings at this point aren’t rational. She keeps repeating that she doesn’t want Hope to be with Wyatt, but she never explains why.

Aly also used to be very geeky and Wyatt used to be the ‘cool’ guy, so it’s possible that he was mean to her and she’s held a grudge against him since then. But even then, such impassioned hatred doesn’t come from a simple grudge, although Aly hasn’t really been the sanest of characters lately.

What do you guys think? Is there a secret history between Aly and Wyatt, and will that shed light on why Aly hates Wyatt so much? Let us know your thoughts in the comments below.