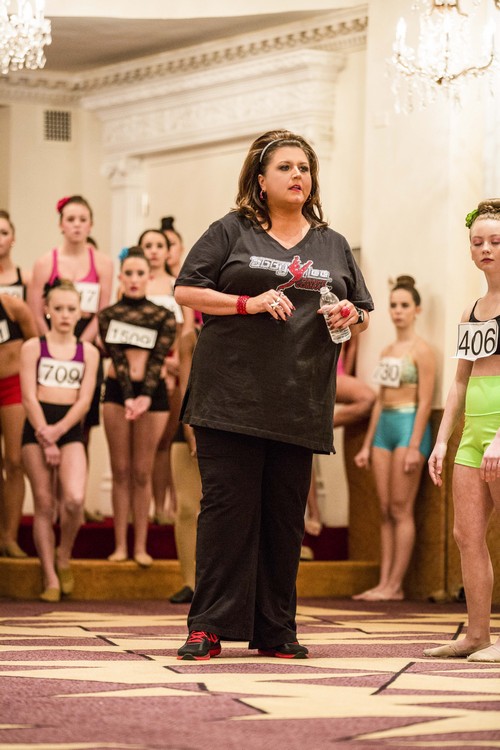 On the season 4 finale the rivalry between Maddie and Chloe had boiled for four seasons and this episode of Dance Moms traced the very beginnings of it. Maddie and Chloe battled for first place in competitions, first position on the pyramid and ultimately, for a place in Abby’s heart… But was the rivalry really between them…or between their mothers? Did you watch the last episode? If you missed it we have a full and detailed recap, right here for you.

On tonight’s episode Dance Moms return with Abby revealing what her top 10 favorite group dances were and offers insight into how they came about.

Tonight’s episode is going to be another drama packed evening, which you won’t want to miss. So be sure to tune in for our live coverage of Lifetime’s Dance Mom’s Season 4 Special Episode – tonight at 9 PM EST! While you wait for our recap, hit the comments and let us know how much you enjoyed season 4 of Dance Moms.

RECAP: Tonight’s Dance Mom special is about more than just Abby appreciating her work. This time she gives the audience a chance to witness one of the rare moments Abby shows not only her approval but also her softer side.

Hosting tonight’s countdown, Abby is going to talk about the top ten memorable dances she and her team have done so far. Coming in at number 10 – the first dance of the night was “Electricity”. Electricity was a Modern Jazz number that managed to hit all the right notes. But, earlier during practice, there was some concern coming from the mothers about the costumes. A lot of them feared it wasn’t age appropriate and they might have banned together to say no if they were all in agreement. Thankfully though some of the other moms saw the costumes as exactly that.

It’s a dance outfit and not something they would normally wear to the mall!

At No. 9 – Abby chose the contemporary dance “Open Waters”. It was the first dance she ever brought in a prop for and so she was nervous. Will the judges like it or were they going to say this isn’t Abby? However her “star” was able to pull the dance together at was really the last minute. Peyton was called on and she didn’t disappoint. Abby even credits her for the entire dance being a success.

Then there No.8! Not really sure if it was the cohesive dance routine that Abby loved so much or if it was the fact that she made the Dance Moms work for this one but either way “Glam” comes in at eighth place. It was another Modern Jazz number. And this time instead of just complaining about the costumes; Abby made the mothers create the outfits.

And they didn’t mess it up so Abby was happy.

Still, No. 7 was clearly not picked out of spite unlike other gray areas. “Black and Blue” was an emotional tribute to every and any child out there that’s been through hardship. Whether its abuse or starvation the dance showed that things can get better. It touched the audience at the time and the mothers were seen with tears. And that’s something Abby loves to do. She likes to create dances for more than entertainment. It’s her belief that there should be a message there as well and she pulled that off with “Black and Blue” which is why it earned its way into her top ten.

No. 6 did not in fact have a message. It was more on the cutesy side but at least her kids loving doing it. And that perhaps might have something to do with their guest dancer, Nick, than with the choreography. “Twilight” starring Chloe, Brooke, and Maddie were joined by a male dancer to play vampire and love interest like the books. So the girls were pleased and the way they were so in character ended up making Abby happy with them.

No 5. Was a group number yet it wasn’t with the junior team who we’ve all come to know. It was the Seniors’ Team and Brooke got to finally join them. Because of her petite stature, Brooke tends to stay with the younger girls though Abby wanted to see if Brooke could maybe progress into something more.

Everything about the seniors is more mature. Their dance “Why Not Me” was a lyrical number about jealousy and first loves. And, sure, it took a while for Brooke to catch up with them. Once she did though it made Abby proud. She was Brooke’s teacher since the girl was little so to be with her all the way to seniors was a special moment.

Coming in at No. 4 is “Home Again”. This dance could have ended very badly and it was only by sheer luck that Abby and her dancers weren’t laughed right out of nationals. Right before the dance, two moms gotten into a drunken brawl in the middle of the street. And it wasn’t funny. They were two grown women! It’s sad that some of the cameramen had to step in just to make sure no one got hurt.

When Abby realized it was Leslie and Christi that was going at – their kids was removed from the dance. It was nationals and Abby had to lose two dancers because of a brawl. Praise stand-ins because Abby’s routine could have been a disaster without one.

And the controversy doesn’t end with the fight. The top three favorite group numbers were all questioned by the moms. There was “Private Eyes” in third place that had toy guns. “The Last Text” that involved children reenacting a car crash. But nothing could top Abby’s winning choice.

The most notorious dance she ever did is also what she considers her best work. “Where Have All the Children Gone” is about children getting kidnapped and everytime her kids did that dance it left the audience speechless. It was facing the brutal truth so no wonder Abby loved it!