Days Of Our Lives Spoilers June 23-27: Sami Wants Revenge on EJ and Abigail – Will She Shoot EJ Again? 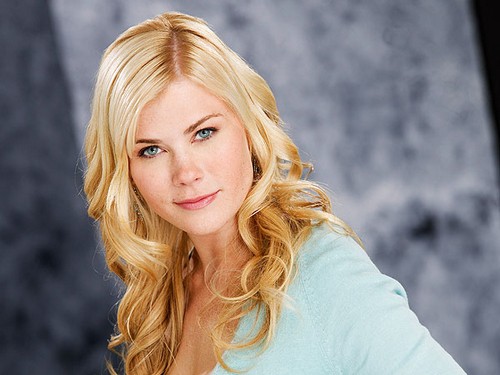 There were some major twists this week on NBC’s popular soap opera Days of Our Lives, fans are still trying to wrap their minds around the idea of Sami knowing this entire time that EJ and Abigail are having an affair. Spoilers indicate that we learn more about how Sami will respond to this betrayal during the week of June 23. And, the obvious question on every DOOL fan’s mind is, what is she going to do about it? Sami Brady appears to have a master plan, which includes her faux nemesis Kate and an extravagant wedding.

It’s no secret that both Alison Sweeney and James Scott have left Days of Our Lives, and their characters Sami and EJ will be exiting Salem soon. But, since we know Sami is fully aware of EJ’s unfaithfulness, a recent DOOL rumor makes total sense now. A photo was posted on social media of one of the last days Sami Brady was shooting, and behind her on the mantle in the DiMera mansion was an urn, fans automatically jumped to the conclusion that EJ would be killed off and the urn was full of his remains.

So, is Sami’s ultimate end game shooting and killing her fiancé EJ for cheating on her with Abigail Deveraux? Talk about a woman scorned! For those of you who think that is a ridiculous theory, let’s not forget in 2010 Sami shot EJ and left him for dead after it was revealed he was scheming against her. He didn’t die, but he did wind up in a coma!

So DOOL fans, what do you think is Sami Brady’s end game? Is she going to attempt to kill EJ for a second time? Days spoilers indicated months ago that EJ and Sami would both be ushered off from the Salem canvas, death is one way to go! And, if Sami does kill EJ then her character can either head to prison to keep Gabi company or run away from Salem to avoid going to prison. Let us know what you think in the comments below and don’t forget to check CDL for all of your Days of Our Lives spoilers.

The fans at the Soap Opera Spy Facebook page have lots to say about this:

I bet that she and Kate will marry EJ and Stefano, then they both probably have evidence to put them away for a long time then take over their companies. Maybe Sami will run it from afar from a different place.

Can’t wait to see what Sami has planned,its going to come out at the wedding,you know thats why she decided to have the wedding sooner & wants Abby involved!

I hope they don’t go the death route. Simply because they’ll be back. I’m sure the writers came up w/something good. Sami would never leave the kids.

Killing EJ…she’s tried 2xs already. Enough with that storyline. It looks like she’s going to try to get control of his company.

I don’t want them to go. But it won’t surprise me if the kill EJ off. They should have had them in a fatal car crash together.

The show still has a couple of months to play out this drama – how do you think think it will be resolved?