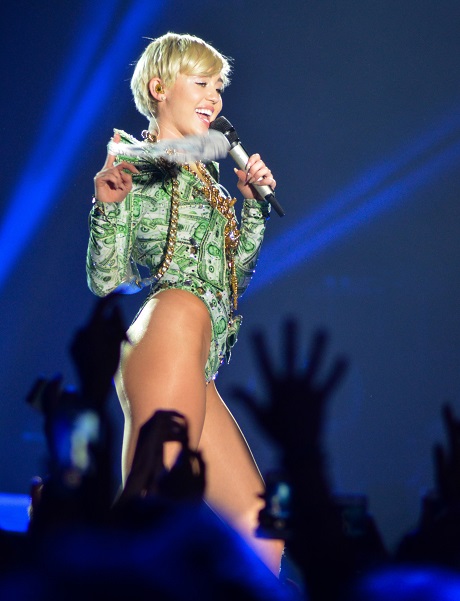 Television is really a magical thing. Not only do we get some really great dramas and a good dose of comedy but tv also has brought hundreds of very normal people into our homes and some how has made them at least momentarily relevant. Honey Boo Boo is an example of exactly this.

It’s about a redneck family living in a small house by train tracks in the middle of nowhere. Most of their conversations take place while their fingers are covered with orange cheese ball dust and they have made the term “multimeal” cringeworthy. 9-year-old Alana Thompson was popular enough on Toddlers & Tiaras to merit her own show and so Honey Boo Boo was born.

The thing is, this kid is growing up and by all accounts Alana is morphing into a spoiled holy terror. The fact that Miley Cyrus is her A #1 role model might explain a lot. Sources say that Alana loves the way that Miley went from a sweet kid on a Disney show to a young girl who knows exactly how to get attention. The thing is, when Miley first started out as a tween girl on television she was nice and likable. Unfortunately, Alana is already getting quite a negative reputation for being just the opposite!

Just ask anyone that was in attendance for her recent Tonight Show taping. What made it on to television was Alana bordering on bratty but the in-house audience had a completely different experience. Alana clearly didn’t want to be there and at one point she smacked her mother in front of everyone leading Jimmy Fallon to reprimand her! My guess is that even Miley Cyrus wouldn’t approve of that move!

The truth is…Alana is a kid stuck navigating between two very difficult worlds. Both pageant life and reality television are full of pitfalls and harsh situations that need to be handled head on. Already Alana’s behavior is dicey and it’s hard to imagine her making it another ten years without falling prey to some serious problems. Do you think Alana will be guided properly into adulthood given the path that she is on?