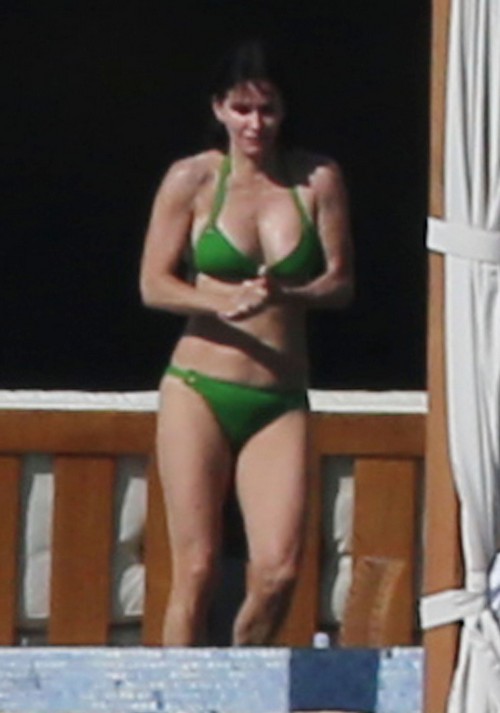 Courteney Cox and Jennifer Aniston went on holiday together to Cabo, which obviously means that their feud is in the past. Now, there are a lot of different versions of why their feud started in the first place, but the one most often repeated is that Courteney felt cut off after Jennifer started dating Justin Theroux.

A source explains to Star Magazine, “There was a lot of tension between Jen and Courteney after Jen got engaged to Justin. Courteney felt like Jen just walked away from the friendship.”

However, all’s well that ends well. The report from Star also adds that it was the trouble in her relationship with Justin that caused Jen to patch things up with Courteney. As the source explained, “Jennifer opened up that she and Justin were having major problems — she thought they’d be married by the end of the year, and instead they’d grown apart. Jen knows that she needs good people back in her life. Her goal for the trip was to mend her wounds with both Courteney and Justin.”

Hmm. Keep in mind, Jennifer, Justin and Courteney were all on this Cabo trip together, and there was no sign of any hostility between any of them. Of course, there’s only so much photos can tell us, but I have a feeling we would have gotten some inkling if there really was any bad blood between them. Obviously, whatever was plaguing Jennifer’s friendship with Courteney is done with – for now.

What do you guys think? Are Jennifer and Courteney BFFs once again, and will it last? Let us know your thoughts in the comments below.