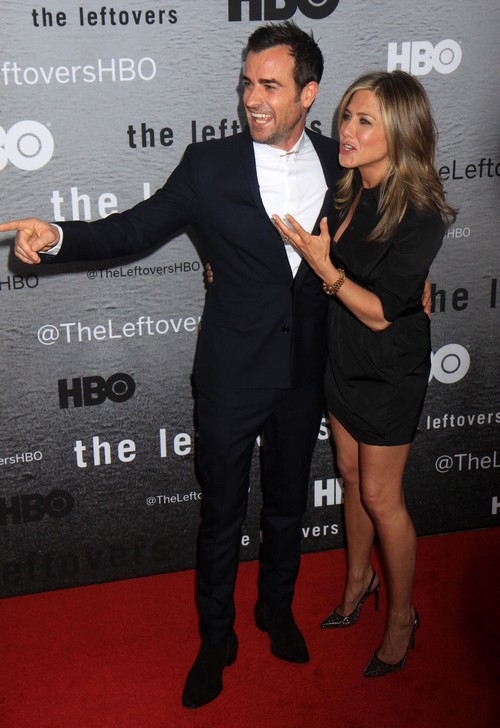 Jennifer Aniston is about to come face-to-face with her ex-husband Brad Pitt and her archenemy Angelina Jolie at George Clooney‘s wedding, so I’m not surprised when reports claim that she’s getting a face lift to prepare for the encounter. I also wouldn’t be surprised to find out that she’s been hitting the gym every day in preparation for this meeting, which would explain her lack of public appearances or acting jobs. She has a zillion dollars from Friends anyway, she doesn’t need to work.

Regardless, I could definitely see her focusing all her energy into ‘winning’ the encounter with Brad Pitt and Angelina Jolie, even though they’ve got her beat on career, politics, family, and pretty much everything else.

A report from the National Enquirer states that Jennifer is about to undergo a state-of-the-art face lift [isn’t everything in Hollywood touted as state-of-the-art?], with sources adding, “Jennifer is still tormented that Brad ran off with Angelina Jolie [nine years ago]. Jen wants to look younger than Angelina — and hotter than ever.”

You may scoff and call this tabloid gossip, which it very well may be. But you think actresses are over this kind of petty crap? Puh-lease, actresses are the QUEENS of this kind of petty feuding. Contrary to what she’d want you to believe, sources close to Jennifer have said that she’s still smarting over how successful Brad and Angelina have become since her divorce, and she’s especially bitter because she thinks that she could have had Angelina’s career if Brad had stayed with her instead.

But then again, the Enquirer’s source also adds, “Jennifer’s plan is to make nice with both of them and be not only the bigger person, but also the hottest.” Right, because being the ‘bigger person’ means getting a facelift and trying to one-up Angelina in terms of appearance? Yeah, that’s real humble.