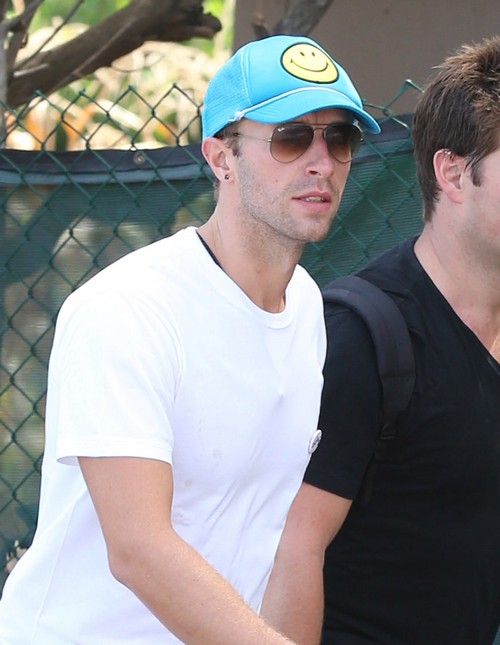 Chris Martin’s dating relationship with Jennifer Lawrence still confuses the heck out of me, but what if Chris has ulterior motives for dating JLaw? Look, Chris clearly likes Jennifer – and really, what’s not to like? She’s laid-back, she’s chill, and she’s won a freaking Oscar. Apart from the Oscar thing, the complete opposite of his ex-wife, Gwyneth Paltrow. Now, we had initially assumed that both Chris Martin and Jennifer Lawrence were incredibly private and media-shy people, but we’re starting to get a different inkling lately. For one thing, Chris is clearly leaking all these ‘happy couple’ media reports via US Weekly and People, since sources assure us that Jennifer’s team is not behind it. It’s not like she needs the added publicity, you know? She’s America’s Sweetheart right now, and you know who wants everyone to know that he’s dating America’s Sweetheart? Chris Martin.

The rumors that Chris Martin was having an affair with Alexa Chung, the open marriage rumors, the rumors of Chris walking out on Gwyneth – whether they were true or not, they would have affected his public image. Plus, it’s not like the media was jumping up and down with their love of Chris Martin, despite him being the public face of Coldplay. Chris just never really registered with the tabloids, until the cheating and divorce rumors started. But now, suddenly, he’s dating someone that the tabloids AND the media love, so of course he’s going to take full advantage of it.

It’s sad that Jennifer hasn’t realized that Chris is using her for her fame, her PR, and her publicity – even if he does feel some affection towards her. Will she eventually come to her senses and dump him? One can hope.

Coldplay frontman Chris Martin is spotted out for a barefoot stroll with a friend in Malibu, California on September 23, 2014. There was no sign of Martin’s new girlfriend Jennifer Lawrence. Photo Credit: Fameflynet