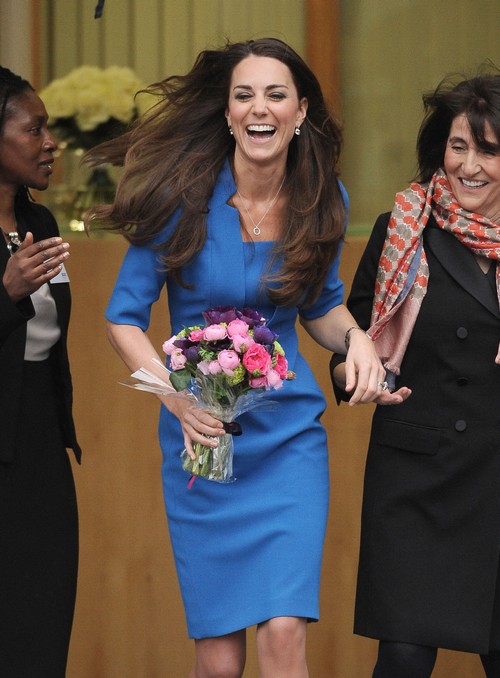 Because our culture has evolved into a very strange celebrity-and-royals obsessed media landscape, Kate Middleton‘s hair often makes headline news. Just like most stars’ pixie cuts have dominated the news, Kate’s hair has always been the same – long, even, and straight. Reliable and constant. But now, sources tell the Royalist that it’s all a-changing, and that even Kate’s thinking of getting a different hairstyle and cutting those royal locks!

According to the reports, Kate’s thinking of getting a dramatic haircut before heading to the tour in Australia next month. Apparently, the most likely haircut choice will be a bob, which makes sense given how little time it takes to maintain yet still remains trendy if styled properly.

In all honesty, the last time Kate’s hair made this much buzz was when grey roots were showing in several pictures, which caused a huge hubbub among the royal watching crowd. However, Kate probably heard the commotion because she immediately got those roots touched up, and then it became like ‘what grey roots??’

But let’s be real, what are the chances of Kate actually chopping off her long, shiny hair? Her hair’s definitely one of her best features, and while Princess Diana pulled off a bob flawlessly, Kate ain’t no Diana. But even if she doesn’t get a bob or a pixie, she could still cut her hair down to her shoulders, which wouldn’t be as dramatic but would still be significant enough to make the headlines. Or maybe she’ll just get a perm to shake things up?