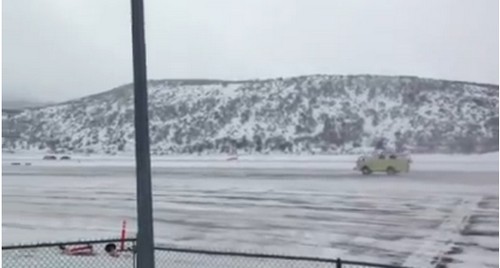 A private jet crashed at Aspen’s County airport on Sunday afternoon, leading a fiery explosion as horrified witnesses looked on. Since the airport has been closed there are a lot of celebrities currently stranded at Aspen airport right now winding down from their holiday vacations. LeAnn Rimes and Kevin Nealon were both present at the airport and witnessed the crash, with LeAnn writing, “So sad! Horrible plane crash we just saw happen at the Aspen airport.” LeAnn was in Colorado with her family, and she was supposed to be flying out to Los Angeles today, although I’m not sure if that’s going to happen anymore.

Nealon also tweeted, “Fire truck and ambulances were on the scene within minutes. I don’t believe there are any survivors.” 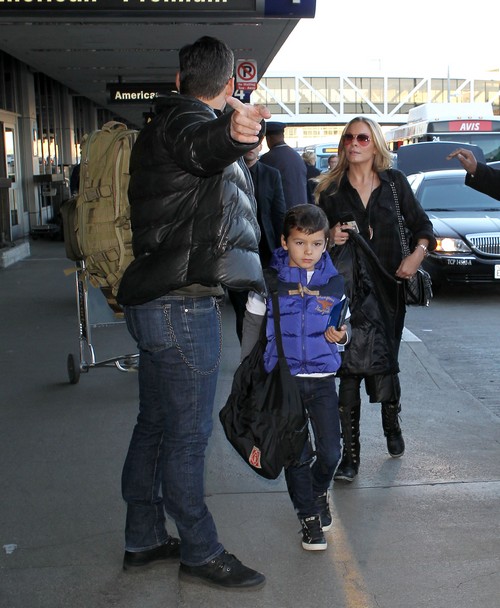 Right now, there isn’t much on what caused the crash, or who was on board the flight. It was reportedly on route from Tuscon, but it’s likely that the terrible weather and very strong winds had something to do with the crash. The weather across the whole country has been pretty bad as a whole, and many flights have been cancelled or postponed.

According to reports that are still unconfirmed, the crash killed one passenger and badly injured another, but everybody else got out safely.

Plane crashes are always terrible news, and it almost always makes everyone extra jittery about flying. Alas, private jets are rarely equipped to deal with this kind of horrific weather.

Anyway, we’ll keep you updated as the story develops, if we find out about the cause of the crash and the identities of those in the jet.