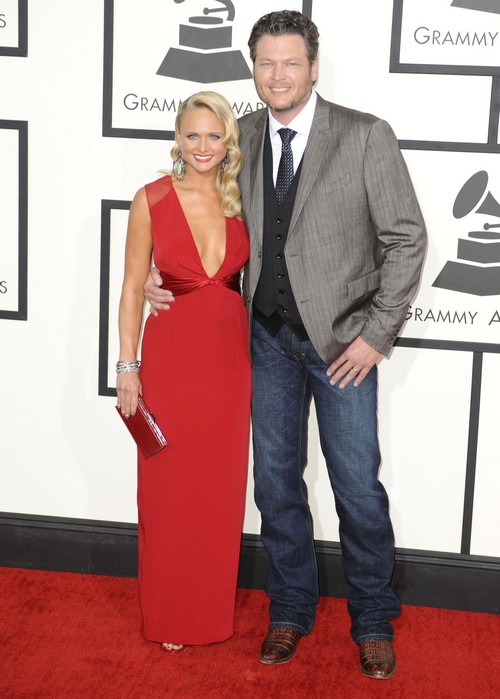 Blake Shelton and Miranda Lambert’s three year marriage sure has seen its’ share of strain. There are rumors of Blake’s wandering eye and his heavy drinking plus Miranda’s extreme dieting and past refusal to go out of the way to accommodate her husband’s schedule. When you put it all together you’re looking at a load of problems being carried by two people that are rarely in the same physical space. The stories of Miranda wanting a baby and Blake not helping out have not been confirmed.

According to the June 9th print edition of Life & Style magazine the couple has come up with a summer plan to try and save their marriage. Blake has scheduled a tour that will give him significant time off when Miranda is also free. Plus she will also be able to travel with him, something that Miranda has opted not to do in the past. I can’t help wonder if Miranda and Blake really want to spend so much time together again or if this is just a pro-active way to keep an eye on each other. Either way it sounds like the summer will be a make it or break it kind of situation for Miranda an Blake.

After all that they have white-knuckled their way through in the last few years either more time together is exactly what they need or else it’s going to prove how bad of a match they really are for each other now. Which way do you think that it’ll go? Will Blake and Miranda’s marriage survive this summer or will traveling together be the catalyst for a split? Tell us your thoughts in the comments below!