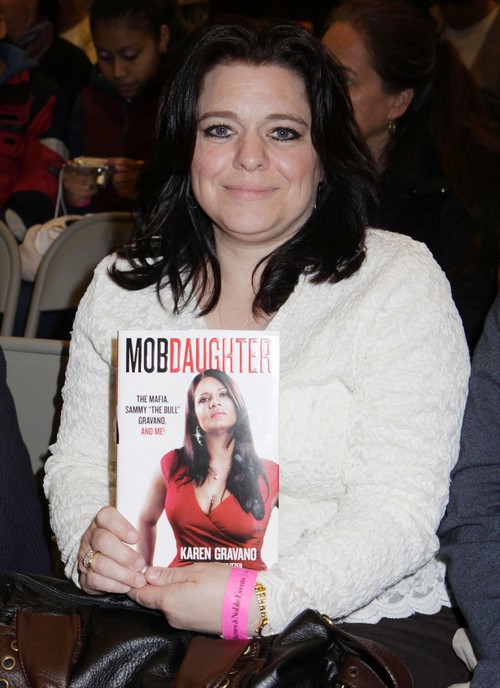 In the lawsuit Gravano filed against Grand Theft Auto, she accuses the creators of basing the animated character Antonia Bottino on her life, and claims the character was even made to physically resemble Gravano. Gravano claims that the creators of Grand Theft Auto V used her “name, likeliness, image and personal life story for advertising and trade purposes without her consent.”

We’re not sure which is more comical, the fact that Karen Gravano claims Antonia Bottino resembles her (because there is nothing hot about the video game character) or the fact that Karen thinks that the character itself is why the franchise made so much money from their latest video game. There are dozens of characters and storylines in the new Grand Theft Auto V, Antonia Bottino (the character Gravano claims is based on her) is a small fraction of the video game.

Besides, if Karen is as much as a “gangster” as she claimed to be while she appeared on Mob Wives, shouldn’t she be flattered that Grand Theft Auto channeled her in their new game?

Do you think Karen Gravano is being a little ridiculous suing for $40 million, or do you think that money is rightfully hers?