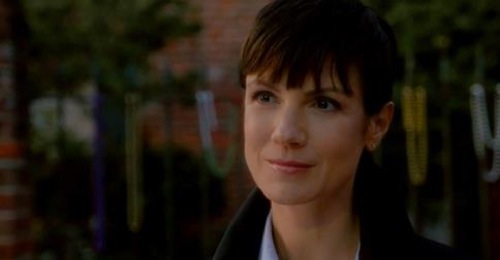 Tonight on CBS NCIS: New Orleans continues with an all new Tuesday October 21, season 1 episode 5 called, “It Happened Last Night.” On tonight’s episode a chief warrant officer who specialized in counterintelligence is murdered. The investigation reveals the victim’s wife has been kidnapped and is being held for ransom. Meanwhile, senior FBI agent Fornell travels to the Big Easy to assist with the case.

On the last episode after a Navy SEAL was found murdered in a sorority house, the NCIS team had to determine if the motive pertained to one of his classified missions or collegiate foul play. Meanwhile, Pride’s daughter, Laurel, paid the NCIS office a visit. Did you watch the last episode? If you missed it, we have a full and detailed recap right here for you.

On tonight’s episode The NCIS team is given a 22-hour deadline after the murder investigation of a Chief Warrant Officer who specialized in counterintelligence reveals his wife had been kidnapped and is being held for ransom. Meanwhile, Senior FBI Agent Fornell travels to the Big Easy to assist with the case.

A body was found in the bayou. A couple of sightseers on their honeymoon were the ones that spotted it and unlike their tour guide – they honestly thought the body was part of the “show”.

But the dead marine was not part of anyone other than his killers’ entertainment. The Chief Warrant Officer was proven to have been water boarded prior to his death. And the significance of that is while he’s officially referred to by his fancy title – he was in truth an interrogator.

William Reed was put in charge of the most harden criminals during his two tours in the Middle East. Men would be taken right off of the field and be delivered directly into his hands. Yet in spite of all of that, no one is claiming responsibility for his death. So if he murdered for revenge – no one is owing to it.

And the case gets weirder. There looked like there was a fight when the federal agents showed up at William’s home. Everything was out of place and William’s newly made widow was also missing. However her brother said that might not be all that strange. Marilyn Reed and her husband have been having some problems lately.

According to Marilyn’s brother, William wasn’t what his parents wanted for his sister. So, in the end, although she had given up her generations old trust in order to be with him – she always felt like she deserved more from husband. And sometimes she would eye a certain trainer for far too long. But Marilyn’s brother was also later shown to have lied to the feds. Oliver said he hadn’t been by the house for some time and someone’s surveillance camera picked had him up driving to his sister’s on the day William was murdered.

Hence the team had to confront Oliver. If he could lie about a little thing like a visitation then he could be withholding more pertinent information.

And he was sitting on quite a big secret. Marilyn wasn’t missing. She was in fact kidnapped and because Oliver didn’t want to risk her life – he hadn’t informed the police about what happened to his sister. He was just going to pay the ransom.

Though Pride thankfully stopped Oliver from going through with that rather foolish plan. Indeed he probably even saved Oliver from signing off on his own sister’s death. Because who knows what would have happened once the kidnappers got their hands on 3 million. Oliver and his sister could easily be written off as loose ends!

Anyways, Oliver could only ever gotten that kind of money with his lawyer’s assent. And getting that alone would have been a trial. The family trust was tied up so that no one generation could blow through it all. Yet Oliver allegedly has a history with constantly asking for more money. So the lawyer wouldn’t have just handed away that much money.

It wasn’t until the lawyer had met Pride that he realized Oliver wasn’t merely making up a kidnapping to suit his own ends.

By this point, Dr. Wade had recognized a foreign substance that was still on William’s corpse. It came from certain algae and the one remaining area that carried that type of flower could be found on an estate owned by Oliver’s family estate.

So suspicion naturally fell on Oliver. Maybe he arranged his sister’s kidnapping in order to get his hands on all of the family money. But Oliver didn’t recall ever buying an estate. He didn’t need one! Hence the team along with some help from Senior FBI Agent T.C. Fornell took a second look at the bank statements.

And it looked like the lawyer was planning on scamming the trust away from Oliver because he was behind forging Oliver’s name. It seems he always wanted the money and rather than take little by little – he was simply going to use Marilyn to drain the accounts all at once.

Yet when the cops showed up to arrest him – he was dead and the money had been transferred out. Apparently, his partner also known as the nosiest neighbor alive (she was a good friend of Marilyn’s) had hatched the plan together but when she found out that he had killed William – she decided to keep the money all to herself and “take care” of her partner.

But Pride put a stop to her dreams. And the team found Marilyn and returned her to her very worried brother.