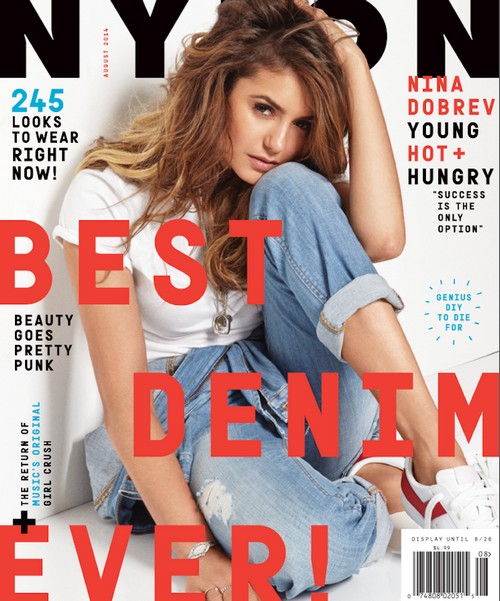 Nina Dobrev and Ian Somerhalder may not be officially dating anymore, but that doesn’t mean that they’re not back together. In fact, sources close to Ian and Nina have been saying that the former couple has been back on romantic terms for a while now, but they’re just afraid to go public because of their fear of the public attention.

Most couples in Hollywood that are the result of a TV show or popular movie [Gillian Anderson and David Duchovny, Kristen Stewart and Robert Pattinson] will know the pressure from the fans on their dating life. No matter what they do, it will never be good enough for the fans until their OTP is back together and dating again. Unfortunately [or fortunately, depending on how you look at it], these couples don’t make their decision based solely on the fans’ ideology.

Even so, sources close to Ian and Nina have been saying for a while that the former lovebirds are back together. Nina also continued to drop hints in that regard by admitting in a new interview to Nylon Magazine, “I try to be good to everyone, whether it’s a love, a friend, an ex. I’ll always try to treat people the way I want to be treated.” Ok, so far, normal. But then Ian drops a super-cute tidbit about their relationship, admitting, “She always lets me have the last fry.”

Awwwww. And this is why people ship Ian Somerhalder and Nina Dobrev together. Even if they refuse to admit that they’re dating again, this kind of obvious hint-dropping says all we need to know about their relationship. Knowing what he does about the fandom and their investment in his love life, would he really admit such a detail if he and Nina weren’t dating again? Either they actually are back in a relationship, or he’s just faking it for publicity’s sake.