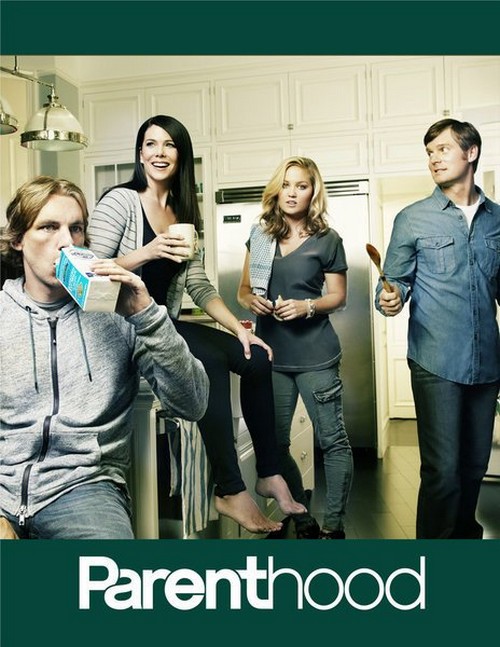 PARENTHOOD returns to NBC tonight for another interesting new episode. In “The Offer” the Braverman’s learn that communication is key. Joel (Sam Jaeger) misunderstands where to pick up Victor (Xolo Mariduena) from baseball and old feelings of abandonment overtake his thoughts. Sarah (Lauren Graham) is anxiously awaiting a response from the ad agency on her final project. Amber (Mae Whitman) tries to talk Drew (Miles Heizer) into taking his life back. Max (Max Burkholder) goes on a class trip and struggles to understand his classmates.

On the last episode Jasmine (Joy Bryant) and Crosby (Dax Shepard) disagreed over a crucial point in Aida’s upbringing. Julia (Erika Christensen) found out some unsettling news about Joel (Sam Jaeger), but then wass pleasantly surprised by his final decision. Sarah (Lauren Graham) and Hank (Ray Romano) continued to work together, but Max (Max Burkholder) wass interrupting their flow, which caused Kristina (Monica Potter) and Adam (Peter Krause) to intervene.  Did you watch the last episode? If not we have a detailed recap for you right here.

Drew has fallen into a weird and yet deep depression. Natalie and Berto’s hook up last week affected him more than he’s letting on, but he won’t open up and speak to Amber about it. Instead he chooses to show up at her house when she’s not supposed to be there just so he can smoke pot without anyone judging him.

That’s how Amber found him the one time she came home early. He was fogging up her place with smoke and refusing to answer the simplest questions. Like why aren’t you in school?  Drew isn’t in school because he doesn’t like having to face his friends.

Natalie for one isn’t taking any of his crap. She confronted him on why he was really upset with her and it had nothing to do with sleeping with Berto. Drew is upset because he ditched everyone when Amy came back and now he doesn’t know how to make it better.

Misplaced aggression is no reason to slack off although it is the excuse Drew is using and Amber can’t help him. She should try enlisting their mom. Sarah is good at helping people pick up the pieces. That could also be why Hank fell for her. Because he knows that he has a lot of issues to work through but the one person that has stuck by him so far is Sarah.

Despite the angsty drama going on with Sarah and her family, the rest of the family are in for some life changing news. Now they knew Zeek and Camille were selling the house but no one could have seen how quick the first offer came. They haven’t even put the house officially on the market yet.

The realtor came with the news while the family were enjoying a day in which means Crosby was also at home. And he was there to hear the news before his parents could downplay it. He’s still upset at them for wanting to move, but now that the offer has come; is he still going to fight them over their decision?

Elsewhere Julia also has to make a tough choice. Her son Victor is suffering from his old abandonment issues after his parents split up. His father made it worse by picking him up late from baseball practice and yet when he tried to make it better through bribery; it only served to anger Julia.

Joel bought Victor a cell phone – this way Victor never has to fear anyone would forget him again. Though that was a big decision and Joel shouldn’t have made it by himself. Julia had felt left out and the other moms in Victor’s class were angry with her because they had all made pact to not buy their children a cell phone. So way to go, Joel!

Getting Julia angry at him has only made the kids react even worse than before. Sydney started blaming Victor for ruining her family. She yelled out him that it was all his fault that Julie and Joel weren’t getting along anymore. And because the poor kid felt so bad, he wanted to give his cell back. He asked Joel if his mom would stop being mad if he did.

So Joel did what he should have done the first time around – he talked to his son and told him that no matter what Victor will always be their son. Sydney had made him feel like an interloper while his all his father had to do was tell him that he was family. It wasn’t much, but gave Victor the incentive he needed to stop blaming himself for what the adults chose to do.

Kids are hard work and though parents want to make it all better that doesn’t actually mean they have the power to fix everything. Max had a field trip with his class and he told Kristina he didn’t want her to chaperone. Therefore she stayed behind (worrying) and then a couple of hours into his trip, she got a call from Max’s teacher.

Kristina and Adam had to drive all the way up to collect him. It seems that some of the kids went too far with their usual taunts and Max had thrown a fit. He was shouting and throwing things until eventually he sat down in the middle of the hotel lobby and refuse to move.

When his parents arrived he told them he wanted to go home. But they were curious on what caused his reaction like that. He told them how a kid peed in his canteen and that everyone kept making fun of him – even the nice kids. And though Max never said it hurt him; he asked his parents why he couldn’t get the other kids to like him.

He said Asperger was supposed to make him smart and yet he still couldn’t understand the kids at school. He was trying to tell them more but that’s when he started to break down so his mother climbed in the backseat to hold him. It was really the only thing Kristina could do for him at the moment.

Just hold them close till they feel better.

Even Amber realized that. Drew is going to have to return to his life sooner or later and till then he’ll have Amber who knows a little something herself about simply being there.

Sarah finished her project and gave it to the company and at first she didn’t hear from them. Then when they did call she was nervous they were going to reject her photos. As she was working herself up into a frenzy, Hank tried to reassure her in the beginning. He wanted to be the man that was there for her up to the point he realized that he needs more than just her friendship.

Hank is in love with her and Sarah knows it. So he wants her to make a decision or else he’ll forever be running to therapist analyzing every single thing.  But will Sarah honestly be ready to start a relationship with him?

You never know when you’re ready for life altering choices. Zeek and Camille thought they wanted to sell the house and found out they couldn’t when it came down to it. However the buyer looking at the house is quite persistent. He made them a second offer above asking price. So even though the older could thought they needed more time; can they honestly turned down such a great offer?