Pretty Little Liars Season 5 Spoilers: Spencer and Toby Get Back Together – Troian Bellisario 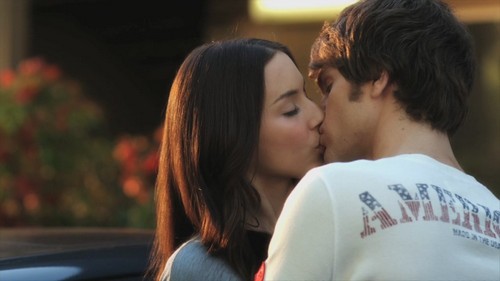 Pretty Little Liars is one of the few shows that its fans watch religiously, which accounts for it constantly breaking records on social media. As such, the fans are extremely invested in the fictional couplings between their favorite actors, including the hilariously named ‘Spoby’.

For fans of the show, you’ll know that refers to Spencer Hastings [Troian Bellisario] and Toby Cavanaugh [Keegan Allen]. Spencer and Toby have been in an on-again/off-again relationship for a few seasons now, with their tragic love affair always getting destroyed by attempted murders, dirty secrets, and all manner of Rosewood drama. Toby recently left Rosewood after getting sick of Spencer’s lies and drug issues, but he’s already returned.

Troian agreed, and in a recent interview, explained to OK! Magazine, “They have to find each other again. They have to learn to trust each other. But everything that happens in their relationship there’s a huge deepening because now there’s a whole new level of trust they’ve been through.”

Yeah, and in addition to rebuilding that trust, they also have to find the killer in their midst. It’s been four seasons, and we’re still no closer to figuring out the central mystery. No, that’s no true – the show has just done a great job of stretching out that mystery to last four seasons. But ‘Spoby’ is the first fan coupling that fans have gone completely gaga for, so let’s hope the writers are listening and bring Toby and Spencer back together – preferably within Season 5.

What do guys think of Troian’s comments? Do you think Toby and Spencer should get back together? Let us know your thoughts in the comments below.