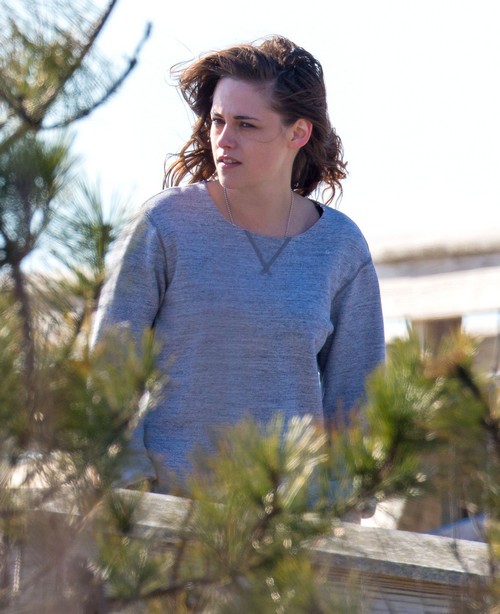 Robert Pattinson and Dylan Penn are hooking up in LA according to sources close to the stars. Although Hollywood Life has released their oft repeated but false ‘Robert Pattinson and Kristen Stewart are still in love!’ article, nothing could be further from the truth. They claim that even though Rob was spotted visiting the Chateau Marmont and the Den in Los Angeles, he’s still ‘psyched’ about seeing Kristen soon. For her Birthday in fact….

Um, Rob and Kristen haven’t seen each other in ages, so how exactly are they coming to their conclusion that the former lovebirds are still together? In fact, Kristen had dinner with her father in New York City last night, while Rob is rumored to be hanging out with Dylan Penn in Los Angeles. Even though Dylan keeps denying rumors that she and Rob are seeing each other, all the sources state differently. While Dylan and Rob may not be officially dating, they hook up very often, and anytime Rob’s in the city, he reportedly makes it a point to see her.

Meanwhile, Kristen is on the east coast and has no plans to come back to LA right now. And guess what? Rob doesn’t care. Sources close to Rob have stated that he is unequivocally over Kristen right now, and he doesn’t even care if she goes and sees Rupert Sanders. He’s done with her, and he just doesn’t have the energy to keep dwelling on her.

It’s really about time, too. They broke up almost a year ago, and while they may have had one or two quick rebound flings, Rob’s moved on – first with Riley Keough, then with Dylan Penn, and probably with others as well. It’s time for the Twi-hards to give up on #RobstenUnbroken for good.