Robert Pattinson, Fifty Shades Of Grey Rumors Heat Back Up, He Partied With The Author! 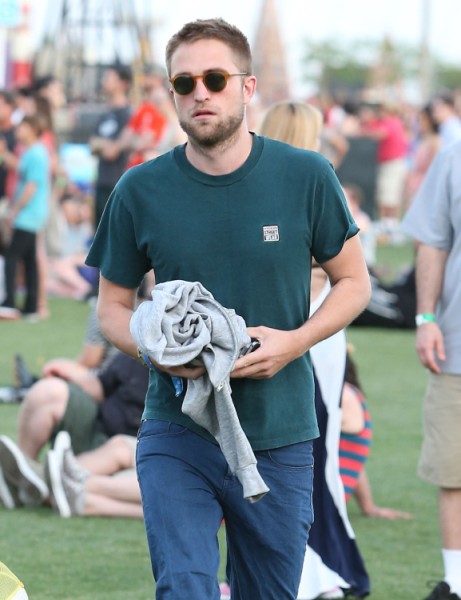 Over the weekend Robert Pattinson hosted a party for his friend, Nick Jarecki, but I can’t tell if he was also celebrating his freedom from Kristen Stewart or trying to land a job. Could it be both? Apparently it was quite the bash full of eclectic, industry types. You had your standard actors including Ellen Page, Heather Graham and Michelle Rodriguez; and screenwriters like Bret Easton Ellis; and then smutty fan fiction writers turned billionaires like EL James. In case you’ve been living under a rock, she’s the writer/creator of Fifty Shades of Grey. Robert Pattinson couldn’t have been shmoozing, could he? Is that why he invited the writer (who currently is looking for her leading man) to his house?

I’d say holy hell of course not but this is Rob… I have no idea what’s going on in his head lately. Maybe he wants the role. Maybe his people see it as a way for him to latch on to another leading lady other than Kristen (who was not invited to the party FYI). That could be enticing motivation. The world still sees Robsten as this same entity. Their love is written in the stars FOREVER! If Rob was seen sticking pleasure balls up another girl’s vadge maybe we’d all move on – or throw up – either/or.

And the timing for all of this is good. The movie has just chosen its director. Actors will soon follow. It could be smart. That’s all I can think of. Why else would Rob invited her to his house? Pop Sugar claims 100 people showed up so that’s not a huge amount and the guest list seemed pretty selective. There has to be motive, yes? Or maybe his friend Nick knows EL James? Still… this is odd to me. I can’t shake the feeling that Rob is throwing his hat into the ring. Do you think a Christian Grey/Robert Pattinson match up is a smart move?