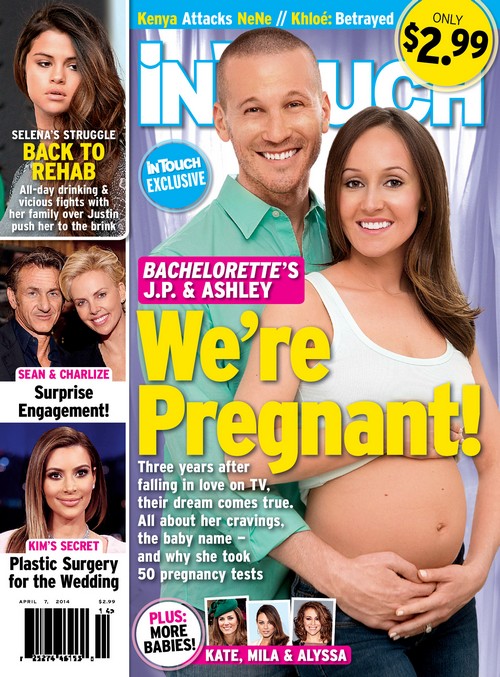 According to the latest cover issue of In Touch Weekly, Sean Penn and Charlize Theron are getting engaged! Despite the fact that the couple’s only been together for a few months [at most], they’re already getting serious. Sean and Charlize’s son, Jackson, have already gotten close and the couple seems very happy together. So is In Touch right, and a surprise engagement announcement is around the corner?

This one’s a little bit of a head scratcher, because who would have thought that Sean and Charlize would even get together, much less get so serious so quickly? While Charlize has been vocal about not wanting to get married in the past, it’s very possible that Sean has changed her outlook on marriage. It’s not the first time a famous celebrity has gone back on their vow to never get married [cough, Brangelina, cough], and Charlize could very easily make that decision as well – despite rumors of Sean’s cheating.

In Touch’s cover also has a featured story on Selena Gomez‘s struggle to go back to rehab, as her drinking and partying pushes her to the ‘brink’. Apparently, her ‘vicious fights with her family over Justin Bieber‘ are pushing her to the edge, and it’s leading to binge-drinking on Selena’s end. Now, I don’t doubt that her partying and drinking has started to take a toll on her family, but I don’t think they’re the ones causing her to drink. Rather, it’s more likely her reunion with Justin Bieber and her own addiction issues that are pushing her to drink and party, and that’s not going to stop until she decides to make a change and put herself in rehab – and longer than a month this time.