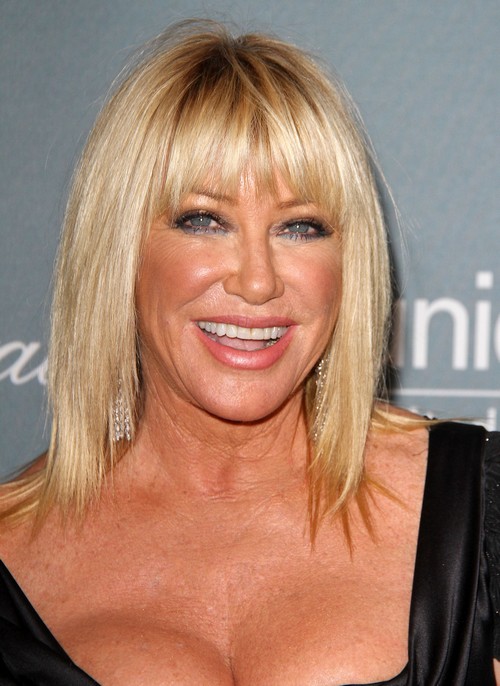 Andy Cohen sure is thinking on his feet when it comes to bringing some old school glitz to The Real Housewives of Beverly Hills. Since Lisa Vanderpump has said that she will indeed be returning for another season it sounds like execs want to bring in a woman that will give her a bit of a run for her position and Suzanne Somers is the name being thrown around. According to the July 7th print edition of Life & Style Magazine Somers has been offered a role in the show by Andy himself. He reportedly believes that her eccentric personality would mesh well with the other ladies plus she has proven to be an extremely successful business woman- something that might make Lisa a bit uncomfortable.

While Somers hasn’t inked a deal with Bravo just yet she is set to be really excited by the possibility of doing so. It would breathe new life into her long running career and stir the pot with the other housewives. While the ladies all prance around in their expensive clothes and give off an air of self importance Somers is kind of the real deal. She is the household name and has been for decades so bringing her onto the show would likely cause quite a bit of jealousy- which would be great for ratings.

Do you think bringing in Somers with her offbeat personality would actually be good for RHOBH? We have always seen her as quirky and cheery but perhaps this woman is actually quite the high maintenance diva and that side would be pretty interesting to see, don’t you think? If Somers does decide to do the show, who do you think that she would clash the most with? Tell us your thoughts in the comments below!