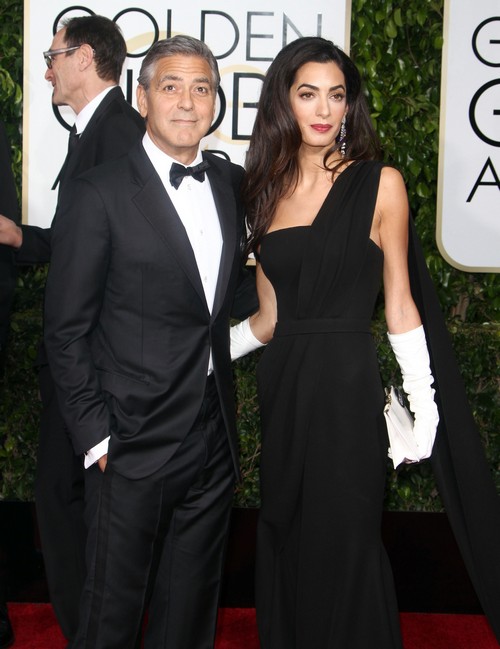 A friend of Sandra’s Naughty Gossip, “Sandy really likes George. All her friends know that he was the one but for some reason it never happened. After a few drinks all she does is talk about him, but now he is married she has far too much respect to mess with that.”

However, just because Sandra Bullock is too classy to make a move on a married man, that doesn’t stop her from flirting with him. George and Sandra flirting is nothing new and while they may think it’s innocent, sources add that Amal Alamuddin feels it’s anything but. Obviously, as George Clooney’s new wife, Amal is already insecure about taming Hollywood’s [former] most notorious bachelor, especially since the cheating rumors still haven’t died down. While it’s unlikely that George would cheat on her with Sandra – especially when Sandra is way too classy to homewreck a marriage, especially after what happened to her – it’s clear that Amal could be feeling extremely insecure next to Hollywood royalty.

Not only is Sandra Bullock extremely classy and put-together, everybody in Hollywood absolutely adores her. Most people worship the ground that she walks on, and she commands this respect without being rude or without being inconsiderate – a tough act to pull off in ego-centric Hollywood. Of course Amal Alamuddin is insecure and jealous – who wouldn’t be, right?

What do you guys think? Could Amal Alamuddin actually be worried about her new husband flirting with an A-list Hollywood actress that he’s been friends with for decades? Let us know your thoughts in the comments below.