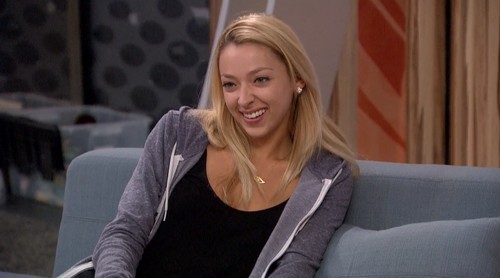 “Big Brother 17” spoilers are in – the week 10 Power of Veto ceremony is over, and Julia Nolan is officially on the BB17 block along with Meg as CDL predicted. Vanessa is the current Head of Household, and she had to name a replacement nominee. James won the POV and removed himself from the block. Meg or Julia will leave the “BB17” house this week. Can Meg work her magic and save herself from eviction?

Meg was hoping that Austin, Johnny Mac or Liz would be the replacement nominee. She knew Julia was sitting next to her – her chances would be next to impossible. She was right, because unless Steve changes his mind, Julia will be safe. After Julia was placed on the block, Liz said that if she was evicted, she would never forgive Vanessa. Typical Vanessa, she followed Liz to make sure she wasn’t angry with her – and Liz assured her that it was just an act to make Meg believe it wasn’t planned. 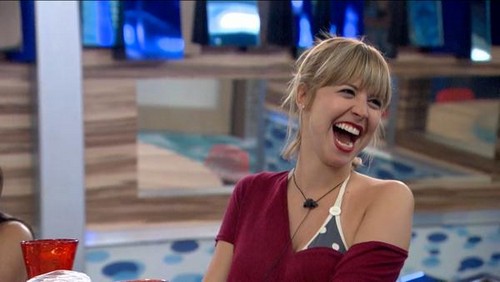 Right after the ceremony, Meg went up to the HoH room to confront Vanessa. It is unclear what she had hoped to gain from it, other than confirmation that she would leave over Julia. She told her that she couldn’t stick her neck out and save her because she cannot risk the AusTwins coming after her. She explained to her they were a three-person alliance, and she is only one person. Meg tried to explain to her that it made more sense to try to break up Austin, Julia and Liz – but Vanessa shot it down quickly. Meg became frustrated with her and left the room.

James wanted to keep a low profile this week and not cause a stir. He told Johnny Mac that it may be better for his game if Meg left – so he wasn’t seen as a duo. Without James’ support, Meg won’t be able to convince Steve or Johnny Mac to keep her. She told James she did everything she could – but it’s hopeless. She wasn’t sure if she should waste her breath to campaign to stay in the house. Is it possible at this point to save Meg?

Fans of the show are angry with Vanessa. She had a huge chance to make a big move, and she chose to place an obvious pawn up on the block. She should have nominated Liz or Austin. At the moment, the plan is to evict Meg – sending her to the jury house. It is still early, and the LIVE eviction is three days away. Who do you think will be evicted: Julia or Meg? Come back later today for “Big Brother 17” spoilers and updates!