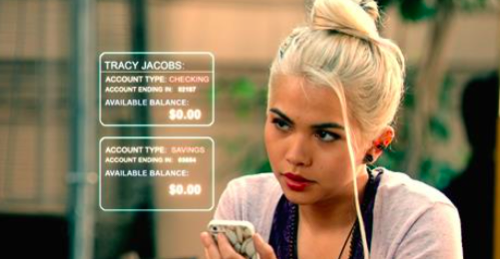 Tonight on CBS CSI: Cyber returns with an all new Sunday October 11, season 2 episode 2 called, “Heart Me” and we have your weekly recap below. On tonight’s episode, Raven’s (Hayley Kiyoko) friend is accused of murdering a man she met through a dating app who hacked her accounts, stole her money, and caused her to be fired and evicted.

On the last episode, season 2 began with former Las Vegas CSI D.B. Russell joining the team as they investigated a burglary/homicide committed by someone who remotely hacked the victim’s home security system. Meanwhile, Avery considered moving to a new position; Krumitz was a witness in his sister’s trial; Elijah dealt with a delicate family situation; and further information was revealed about Nelson’s and Raven’s backgrounds. Did you watch the last episode? If you missed it, we have a full and detailed recap right here for you.

On tonight’s episode as per the CBS synopsis, “Raven’s friend is accused of murdering a man she met through a dating app who hacked her accounts, stole her money, and caused her to be fired and evicted. To make matters worse, she is found with the murder weapon in a motel room where she woke up with no memory of what happened.”

Tonight’s season 2 episode 2 episode looks like it is going to be great and you won’t want to miss it, so be sure to tune in for our live coverage of CBS’s CSI: Cyber at 10:30 PM EST! While you wait for our recap hit the comments and let us know how excited you are for the season 2 episode 2.

Raven has this friend Tracy. Like her, Tracy is young and pretty but Tracy remained unattached while Raven has this thing on the side with Nelson. Thus it was technically Tracey that has been frequent face on all the dating apps and again it was Tracey that felt she finally met someone online that looked like he could pan out.

His name was Kyle Bristow and one night Tracey agreed to meet with him. However he never showed up and so Tracey spent the rest of the night grabbing drinks with Raven. And though the two ended up having a lot of fun, Tracy unfortunately ran into a guy that simply could not handle rejection.

So not long after Tracy told this one guy that she had a boyfriend and was thus off the market, strange and unexplainable things began happening in her life. Her utilities had been cut off, someone had sent an email to her landlord terminating her lease, and she lost her job over a misunderstanding. Apparently her email address had been used to send threatening messages to one of her coworkers where she claimed they were having an affair and was going to tell his wife.

Only Raven never sent those emails and denied doing any of the rest.

And as things were happening, Tracy started losing more and more control of her life. So ultimately she turned to her friend Raven. Raven had told her that she worked in the I.T. department at some museum or another so Tracy felt that meant her friend was qualified enough to figure out what was going on.

Initially, Tracy had tried going to the police but they’re policy on the matter is that they can’t help unless she’s in physical danger. And no one actually wants to wait around until they’re in danger. Therefore Raven was the next best thing.

The First Amendment meant Garth was free to do as he liked as long as he wasn’t breaking the law already on the books. And until such a time when Revenge Porn becomes illegal – the Cyber Unit had no way of finding out how Garth was getting his images. For there was a possibility that some of the pictures came about after a woman’s computer had been hacked. So in no uncertain terms Garth was a challenge however Avery realized how much Tracy’s situation was bothering Raven. And that’s why after Raven traced the guy that she believed was hacking her friend, Avery had also had Mundo go bring this guy in.

As for Mundo, he found Kyle though by time he arrived Kyle had been dead for several hours. And the chief suspect for Kyle’s murder was Tracy.

Tracy had sent several messages to Kyle’s side piece phone and from all appearances it looked like she snapped after finding out he was secretly married. But something about the text messages didn’t sit right with the Cyber Unit. Nelson had looked into this second phone that Kyle had allegedly been using and he thought it odd that Kyle’s location weren’t matching up.

The second phone would show he was in one area meanwhile he’s regular phone was showing that he was miles away. So something immediately became clear – Tracy wasn’t the only one that had their life hacked. There had been a third party pretending to be Kyle.

Yet, while the team was trying to look into who would set Tracy up, Tracy was getting a ride from a stranger. The guy from the bar, Holden, has been following her since that incident in the bar. And once he found her thanks to manipulating her mother into revealing an address, he somehow got Tracy to take a ride from him.

Now there’s a whole set of possibilities about what could have been his endgame. But thankfully the police found Tracy before Holden could hurt her.

The police brought Tracy in on charges for murder though, luckily, Avery didn’t believe she killed anyone. Using DB’s latest technology, they found out the second cell phone had been staged and that lead to the unit believing others things in involving Kyle’s death had been staged as well.

Here’s what happened: Holden had used Kyle’s picture to set up a fake profile where he could find out everything he wanted to know about Tracy. And when he was ready, he tried to introduce his real self to her at the bar. Yet she turned him down and that made Holden feel like he had wasted weeks on her. So he set out to have his revenge. Which included destroying her life and then setting her up for the murder of the real Kyle.

But the one thing Holden hadn’t counted on was Raven being part of a federal task force. He later used Raven’s location to track Tracy down again after she had been released from custody and he was planning on continuing to follow her when Tracy finally had enough. She went back on the dating app HeartMate and she used her own fake profile to arrange a meeting with Holden. Only it was part of her plan to show up with a box cutter.

Due to good timing, Raven was able to stop her friend before she did anything she regretted. But it wasn’t until Tracy witnessed Holden getting carted away that she felt safe again.

Holden had sent everything in motion because he was too insecure to try attracting someone using his real name and picture. And yet despite the obvious danger regarding online dating, Nelson and Krumitz still thought it was funny to set up a dating profile for DB. They seem to think he needs to get back out there.

And thought it was funny that he got over 50 messages within the first 24 hours.