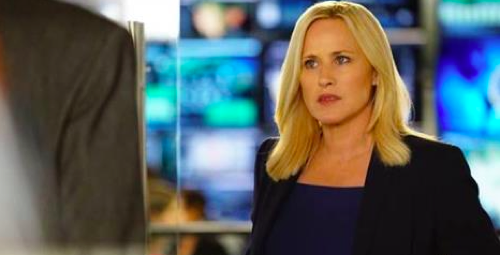 Tonight on CBS CSI: Cyber returns with an all new Sunday December 20, season 2 fall finale called, “Shades of Grey” and we have your weekly recap below. On tonight’s episode, an innocent bystander is killed when dozens of ATMs spew money into the street.

On the last episode, the cyber team investigated the murder of a hacker who was hired to erase an assault victim’s comments from a confessional Web site. Did you watch the last episode? If you missed it, we have a full and detailed recap right here for you.

On tonight’s episode as per the CBS synopsis, “after an innocent bystander is killed when dozens of ATMs suddenly spew money into the street, the Cyber team investigates the bank heist that is orchestrated by a real-life cyber Robin Hood.”

Tonight’s season 2 episode 10 looks like it is going to be great and you won’t want to miss it, so be sure to tune in for our live coverage of CBS’s CSI: Cyber at 10:30 PM EST! While you wait for our recap hit the comments and let us know how excited you are so far with this season.

Andy Wilcox had simply been check his bank balance on tonight’s episode of “CSI: Cyber” when all of a sudden the ATM began spitting out thousands of dollars. And while Andy didn’t believe in taking the money, Mia did. Mia had been standing right bedside Andy when the money began flying out and so she collected it.

However what neither of them expected was that there would be a man lurking nearby who had also witnessed their good fortune. And the third party had waited until Mia had pocketed enough money in her shopping bad to then demand their money. He took out a gun and Andy had tried to step between the gun and Mia but was shot for his troubles.

And unfortunately in the chaos, Mia dropped the bag to go to Andy’s side and their thief still managed to get everything he wanted.

But the troubles with Barnaby Bank didn’t end there. For while it was Andy’s murder that alerted the Cyber Unit to there being malware in the bank’s system, the malware had dispensed thousands of dollars to others as well. ATMs all across the city was just handing out money to people who only had two hundred or less in their accounts.

So the Cyber Unit eventually figured out a name for their perp. They began calling him Cyber Robin Hood. For he took from the bank and gave to the poor.

And there was also the fact that he didn’t mean for Andy to get killed but as it turns out, he just woefully underestimated human greed. Which proved to be worse than hacking a bank. Therefore the death toll didn’t just stop at Andy. There was also another young man who had received money because of the malware and he had even boasted about it.

He had been laughing it up about how he suddenly came into cash when another person, who was also a Barnaby Bank consumer, decided to make an issue because he didn’t receive a drop while the man celebrating did. So they got into a fist fight and a knife got taken out. And a second person died because of the hack.

Hence things with their Robin Hood was quickly spinning out of control and it didn’t help that an agent had been one of the names listed with two hundred dollars in the bank. A fact, by the way, that had gotten by unnoticed by Agent Mundo. Mainly because he was sure there should be more in account.

And therefore Mundo had to have a chat with his wife. He wanted to know if she had been using the card and she swore she didn’t. Plus she said there was no way she could have spent over five grand in under a month.

Especially not on flowers. So that’s when Mundo remembered that he had left both his card and his ID in the restaurant once. The waitress had run out to return them to him so he hadn’t thought he hadn’t second guess his card’s security but he did forget that the same waitress had hit on him and he had turned her down. Said he was married.

So Mundo tracked the waitress and he found her at one of the places listed on his bank account. Although she denied stealing his card information and he didn’t really have enough concrete evidence to arrest her with.

Elsewhere, though, Cyber Robin Hood tried to find a way around in-built greed. He stole an armored truck and just drove around the city with the backdoors open. And that meant a lot of people were granted a fair opportunity to collect.

But the Cyber unit were able to trace down their Robin Hood because of the stolen car and, when they found him, he was ready to come in peacefully. He said he did what he did because the bank had been scamming people with overdraft charges and that he tried to tell his boss about it but was dismissed. So eventually he got tired of having to tell mothers that he couldn’t dismiss their overdraft charges even if they were on their last legs at home. And their children were starving.

AJ Kim wanted to begin a movement and he was willing to be a martyr. Yet someone had used what he did as camouflage to steal millions of dollars. And apparently the hack led back to Raven.

Someone had erased her code, the one she had put in place to safeguard the back, and then the bank was forced to admit bankruptcy. And so at first Raven was called in question but luckily Nelson found evidence that she really did put the code in. However someone had to know her code in order to erase it so Raven once again found herself in trouble because she hadn’t told anyone about her ex being back in town.

Jackson Richmond had been a hacker as well and Raven had learned from him. So she had used code he once taught her as a safeguard. And that had helped him in stealing millions of dollars.

Thus it didn’t matter that Raven later helped the FBI arrest Jackson. Avery still chose not to tell Raven’s parole board that she could trust Raven. Instead she chose to remain silent during that question and it resulted in Raven having two more years at the Cyber Unit.