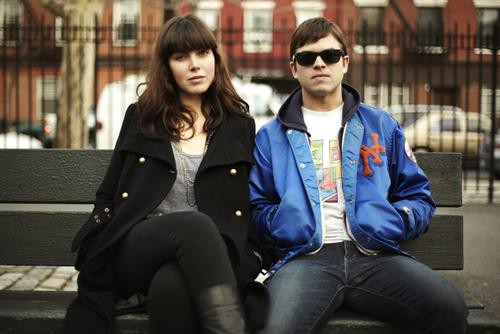 Demi Lovato might be in trouble because another group is claiming that she sampled a few tracks without asking permission. The indie twosome known as Sleigh Bells have called out the “Confident” singer on social media and they claim that Demi is using their work. So far pretty much everyone can see why Sleigh Bells thinks they were sampled.

Sleigh Bells tweeted to Demi Lovato about the borrowed music and said, “.@ddlovato Demi Lovato flattered you guys sampled Infinity Guitars & Riot Rhythm for “Stars” but we were not contacted. Gotta clear those.”

After listening to both Demi Lovato’s “Stars” and then Sleigh Bells’ “Infinity Gutars” and “Riot Rhythm,” we think Demi Lovato might want to call her lawyer. Sleigh Bells made a pretty good case about Demi biting off their beat. We’re not saying Demi Lovato sampled someone else’s music and then forgot to credit them. What we are saying though is that Sleigh Bells is not credited for any part of Demi’s song.

Sleigh Bells released both tracks in 2010, long before Demi Lovato dropped her “Confident” album. If Demi Lovato didn’t know about Sleigh Bells or use their work, then the “Camp Rock” star may want to take a look at the people who helped her write it.

According to the album notes, Demi Lovato made “Stars” with Swedish songwriters Carl Falk and Rami Yacoub. There is no mention of Sleigh Bells or their unmistakable sound anywhere in the acknowledgements for the song.

This could prove costly for Demi Lovato, if a judge decides that too many elements of her song were borrowed from “Infinity Guitars” and “Riot Rhythm,” the noise rock duo might find themselves much richer.

To keep things in perspective, it wasn’t long ago that Robin Thicke and Pharrell were ordered to pay up $7.3 million to the family of Marvin Gaye because “Blurred Lines” was too much like Gaye’s “Got To Give It Up” after examining the sheet music of both songs.

Now we know that “Stars” isn’t a number one hit. It’s actually a bonus track for those who buy the deluxe version of the album so it won’t pull in “Blurred Lines” money. However it does sound like Sleigh Bells may have a pretty good argument that they were influential in the making of that song.