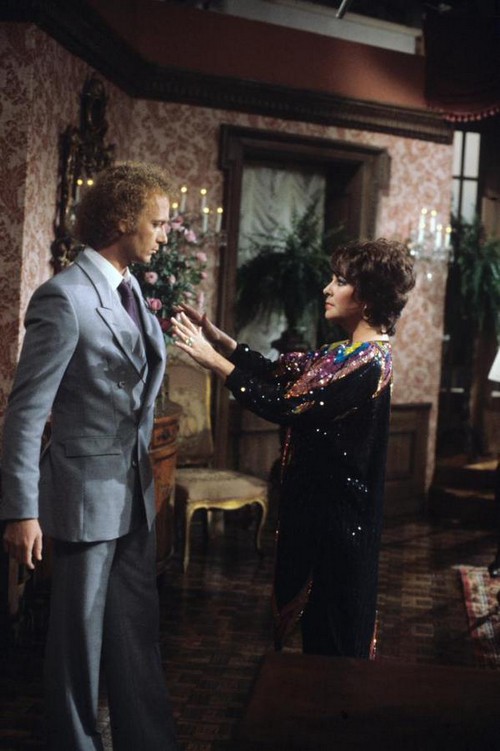 It’s midweek mayhem in Port Charles – here’s a look at what to expect with these “General Hospital” spoilers for the Wednesday, July 22 GH episode. First, Jake Doe (Billy Miller) runs into Sam Morgan (Kelly Monaco) at GH and breaks the shocking news that little Jake Spencer (James Nigbor) is alive. Sam is stunned to hear that Jason’s other son is alive and that Danny has a brother. Liz Webber (Rebecca Herbst) sees them talking and is worried, sad and feeling guiltier than ever. Jake is long overdue a truth reveal from Liz.

At Wyndemere, Laura Spencer (Genie Francis) confronts her son Nikolas Cassadine (Tyler Christopher) about his incessant lying and scheming now she knows he’s keeping Jake’s identity secret. Laura will head back to the mainland and go to see ex-hubby Scott Baldwin (Kin Shriner) to tell him that little Jake is back from the dead which means Luke Spencer (Anthony Geary) didn’t kill him.

Scotty will be less than impressed since that’s far from Luke’s only crime. He’ll rattle off a few and things will digress. Laura also confides in Scott she has another secret – the whole Jake thing. Was Jason wanted for any crimes at the time of his disappearance? And will Laura tells Scotty so that yet another Port Charles resident knows Jake is Jason – aside from Jake himself?

Tracy Quartermaine (Jane Elliot) confides in Sabrina Santiago (Teresa Castillo) that she and Luke are over. Sabrina offers sympathy and then tells Tracy that she and Michael Quartermaine (Chad Duell) are working on the AJ Quartermaine clinic now. On that subject, Michael goes looking for Luke and finds him at the Haunted Star. Luke does not want to see a Quartermaine but Michael presses him about wanting to put the clinic on the site of the Elm Street house.

Felix DuBois (Marc Samuel) knows Brad Cooper (Parry Shen) is keeping secrets from Lucas Jones (Ryan Carnes). Felix demands to know what’s up and Brad is ready to get things off his chest. Plus a nurse has some dirt on Brad that she shares with Lucas which starts a whole thing that culminates in Brad coming clean but then calling off their wedding due to shocking family secrets.

Carly Corinthos (Laura Wright) marches Josslyn Jacks (Hannah Nordberg) back to GH looking for answers about the mystery kidney. Is Carly looking for a refund or what? Carly meets with Lucas to ask him about the kidney and if he has any idea where it came from. No one knows and, in fact, we may not know until Helena Cassadine (Constance Towers) rolls back into town this Fall.

Nathan West (Ryan Paevey) is busy bedding down Maxie Jones (Kirsten Storms) to give her a sexy welcome home when his mom Madeline Reeves (Donna Mills) shows up and makes herself an annoying obstacle. Nathan just wants her gone but Maddy wants to tell him – falsely – that his sister Nina Clay (Michelle Stafford) is going nutso again.

And Maddy also wants Nathan to know Maxie isn’t good enough for him. Her annoyance is so great that Maxie will leave and go find Lulu Spencer (Emme Rylan) to vent. Lulu is fresh off causing Valerie Spencer (Brytni Sarpi) a lot of stress and tells Maxie about the kiss. Lulu confesses that she blames herself for the kiss but Maxie isn’t having it and says Val is the monster and questions if a kiss is all it was. That will set off Lulu’s jealousy anew.

Watch Wednesday’s show then head back to CDL for more “General Hospital” spoilers, gossip and news.